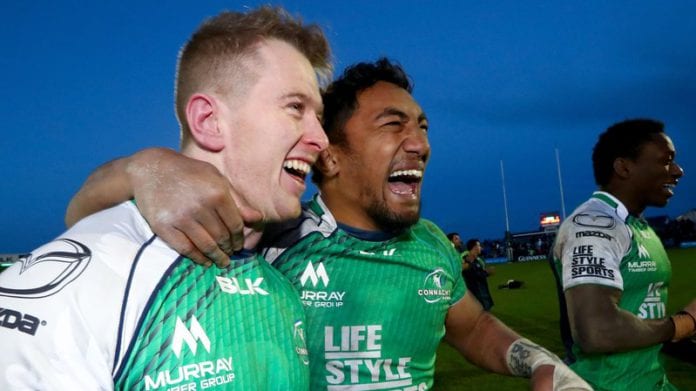 The Month of Champions is set for a fitting climax Connacht play host to reigning Guinness PRO14 champions Leinster in the first interpro of the 2018/19 season.

The game is their fourth home tie of the month – beginning with that narrow defeat against Glasgow but followed up with a bonus point win over Zebre and last Saturday’s impressive 33-20 victory over last year’s finalists Scarlets.

Here’s all you need to know about what’s bound to be another Sportsground thriller.

Kick-off is this Saturday 29th September at 5.15pm at The Sportsground.

How have Leinster fared in the Guinness PRO14 so far?

With 16 points from a possible 20, Leinster sit on the summit of Conference B after three wins from four. They began their campaign with a last gasp 33-32 win in Cardiff before a narrow two-point loss in Wales against Scarlets.

How’s Connacht’s recent record against them?

The game comes just over 5 months since the memorable 47-10 victory at The Sportsground on the final day of the 2017/18 season.

It came at the end of a difficult campaign for Connacht, but a brilliant performance ensured long-time servants John Muldoon and Andrew Browne were able to leave the province on a high.

Who are the Leinster players to look out for?

When will the Connacht team be announced?

The team will be announced at midday on Friday on the Connacht Rugby social media channels.

Only tickets in the extended terraces at the Bohermore & College Road Ends are available for Saturday. All other areas are now *sold out*.

Where can I buy tickets?

Tickets are on sale now at connachtrugby.ie/tickets. Please note that due to increased demand, additional terracing has been installed at the Bohermore and College Road Ends, and these are the only two areas of the ground where tickets are still publicly available.

The Main Stand, the Enclosure and Grant Thornton Stand are all SOLD OUT. If you wish to experience the game in the Clan Stand, a limited number of premium hospitality tickets remain on sale at a cost of €140.

A huge amount of interest is expected as the week progresses so the sooner you secure your ticket the better!

Connacht face Leinster in their next fixture of the 2018-19 Guinness PRO14 Championship on Saturday, 29th September.  Kick-off at the Sportsground is 5.15pm.