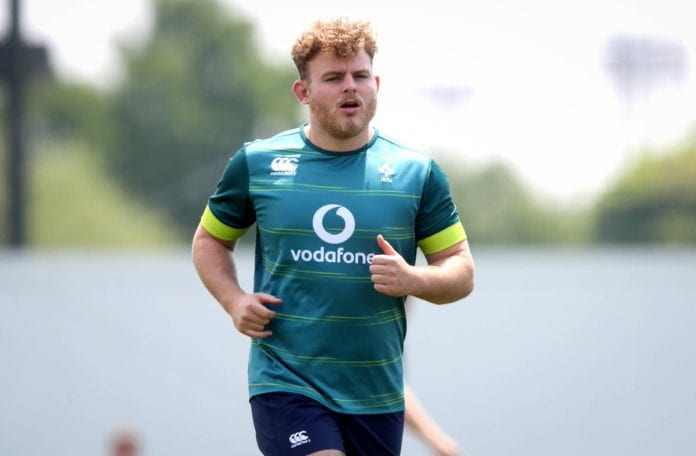 Finlay Bealham will make his 100th appearance for Connacht on Friday night and will lead them out when they host Zebre in the Guinness PRO14 competition.

The Westerners are in a race with Cardiff Blues for an automatic Champions Cup place as they sit fifth in Conference A just one point behind the Welsh team.

“To be in that bracket of players that have reached the 100-appearance milestone is something I’m really honoured to be a part of,” said Bealham to Connacht Rugby’s official website.  “From my family’s perspective, they’re really proud. To walk out there for the hundredth time in front of a Sportsground crowd in the great atmosphere they always create is something I’m really looking forward to.”

Bealham is one of four changes from the side that beat Ospreys last Friday.  Darragh Leader comes in a full back for injured Tiernan O’Halloran at full back; Sean O’Brien returns for his shoulder injury to captain the team at number eight; and Gavin Thornbury is promotied to the starting line-up after appearing against the Ospreys.

Kieran Keane’s men are chasing an unbeaten streak in the Sportsground going back to September and victory over the Italians will bring that total to eight in all competitions.

Leader joins Cian Kelleher and Matt Healy in the back three.  And O’Brien will be partnered by Naulia Dawai and Eoghan Masterson in the back row.

Irish internationals Kieran Marmion and Quinn Roux are named on the bench along with John Muldoon and the ever present Conor Carey, who’ll be aiming to make his 21st appearance of the season at some stage.

Connacht face Zebre in the Guinness PRO 14 this Friday (16th February) in the Sportsground at 7.35pm.

FRIDAY NIGHT LIGHTS | We are on a run of 7 wins in a row at home across all competitions in a run that stretches back to September. Lets make it 8 on Friday Night