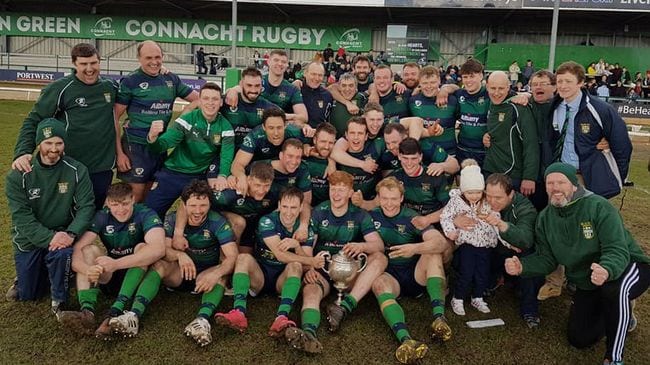 Connemara and Creggs will clash in the opening round of the 2018/19 Cawley Cup after the draws were made with a number of exciting games to look forward to.

The Curley Cup draw also took place with 10 teams in contention while eight will contest the Cawley Cup which starts in September 2018.

A new winner will be crowned as last year’s winners Ballina do not enter the cup due to their promotion to the All-Ireland League.

CLUB NEWS | The draw for the 2018/19 Cawley Cup and Curley Cup took place at The Sportsground this afternoon.

Creggs are defending champions in the Curley Cup competition and begin their defence against either OLBC or Loguhrea who meet in the preliminary round. Oughterard also line out in the opening stage agianst Ballyhaunis with the winners against Portumna.

The other two quarter-finals sees the meeting of local rivals Ballinrobe and Corrib, while Dunmore face Corinthians.

The Cawley Cup is confined to the 1st teams for the top eight clubs not competing in the Ulster Bank League (UBL).  They are taken from Divisions J1A and J1B with the final provisionally scheduled in Galwegians.

The Curley Cup consists of all other non-UBL clubs in Divisions J1B and J1C with the decider provisionally set for Ballyhaunis.

The full list of fixtures, including potential semi-final pairings, can be read below.