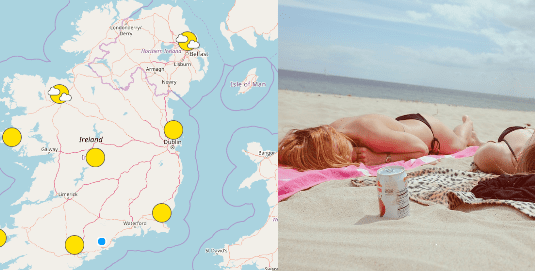 The heatwave could last until late next week, early forecasts are indicating.

Galway is experiencing the hottest week in decades, and it looks like the warm weather is here to stay, at least until the middle of next week.

It looks like it will be slightly less hot but temperatures should stay in the low to mid twenties until late in the week.

However, Met Éireann is unsure at this stage about how much sunshine will accompany the warm weather.

Met Éireann says: “There is some uncertainty but latest indications suggest rather more in the way of cloud, but some sunshine.

“Dry much of the time on Monday but increasing chance of some showery rain developing, however at this stage amounts look small. Still warm on Monday and Tuesday but possible turning fresher later.”

Tomorrow and Friday will be very warm or hot again, with sunshine in all areas and afternoon temperatures of 26 to 30 degrees Celsius generally.