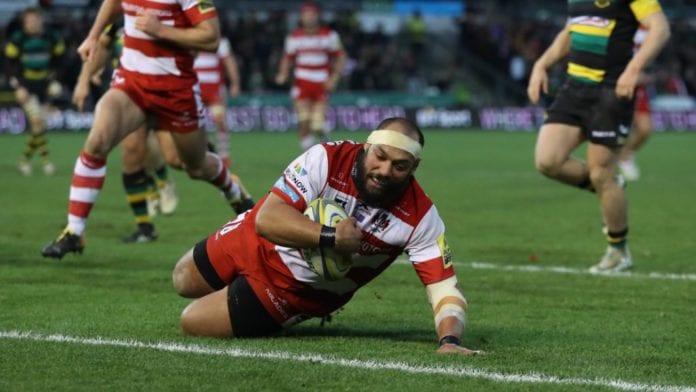 They rallied at the finish with Niyi Adeolokun coming close to a late saving try but Connacht’s European campaign, and effectively their season, came to an end as Gloucester qualified for a Challenge Cup semi-final against Newcastle.

In the end, Connacht will point to unforced errors, some straight forward missed kicks and the concession of four tries (including two of Gloucester’s front row) for their loss.  A disappointing season finished in equal fashion.  They simply weren’t good enough.

Full-time, Connacht 28 Gloucester 33. A disappointing end to the Challenge Cup campaign for Connacht but a terrific effort from the lads. #CONvGLO

Henry Trinder cut through the opposing defence two minutes before half-time to give the visitors their seven-point cushion after Connacht looked to have overturned a poor start.

Hooker James Hanson was fortunate to win the ball after Connacht disrupted a Gloucester line out in the third minute before charging for the line for the opening try on three minutes.

But six minutes later, Connacht were back level.  Despite Gloucester’s best attempts at tackles, Kieran Marmion found space after Kieran Keane’s men went through the phases to level the teams.

Jack Carty missed the conversion as did Owen Williams for Gloucester and both would be off target again when their teams struck a second time.

Carty and Tom McCartney were the providers for the initial break that allowed Ireland centre Bundee Aki get in for Connacht’s second try on 20 minutes as they led 10-5.

And Gloucester’s early discipline problems came back to haunt them when Ben Morgan went to the sinbin on the quarter hour after a high tackle on Tom Farrell.

But upon his return, the English outfit dominated the concluding stages getting two more tries and having another ruled out.

But on 38 minutes, Henry Trinder treated all in attendance to a super try cutting through the Connacht defence for Gloucester’s third try before Williams became the first kicker to score and Gloucester took an interval advantage.

And two minutes after the restart, Williams made it 20-10 as Connacht were forced to chase the game.

But thanks to good work from Marmion, the hosts were back by the 46th minute as Adeolokun was on the end of a delivery for Connacht’s third try.

However, the conversion was missed again but when Carty made amends three minutes later with a penalty, Connacht trailed by just 20-18.

A few Gloucester fans in amongst the Connacht fans. pic.twitter.com/cXTLm8aKSx

The home supporters, often in and out of the tie, were behind their team but Gloucester quietened the Connacht contingent again to go 12 points clear with 16 minutes left.

John Afoa, celebrating his 100th Gloucester appearance, got through for their fourth try before Williams added the two points.  And when out-half kicked a penalty on 16 minutes, Gloucester were 30-18 clear.

Connacht do deserve credit for refusing to roll over and get back into proceedings.  After Gloucester’s Lewis Ludlow got a yellow card, substitute Craig Ronaldson kicked a penalty and with nine minutes remaining, the Irish team were back.

Matt Healy was on the end of an Aki delivery to run between the posts for another Connacht try.  When Ronaldson found the target, only two separated the teams.

Connacht desperately chased but Gloucester, realising this game wasn’t won yet, got back on the front and Billy Burns sent over a penalty on 78 minutes after Jaarad Butler was sin binned for a deliberate knock on.

Even though Adeolokun came close in injury time, there would be no fifth try to force extra-time.  With their PRO14 campaign floundering as well, it looks like Connacht’s season is wrapped. Only an amazing set of results would deliver Champions Cup rugby in 2018-19.

Connacht Rugby season summed up in that performance. Great attacking phases but let down by some massive defensive lapses. Gloucester worthy winners! #CONvGLO