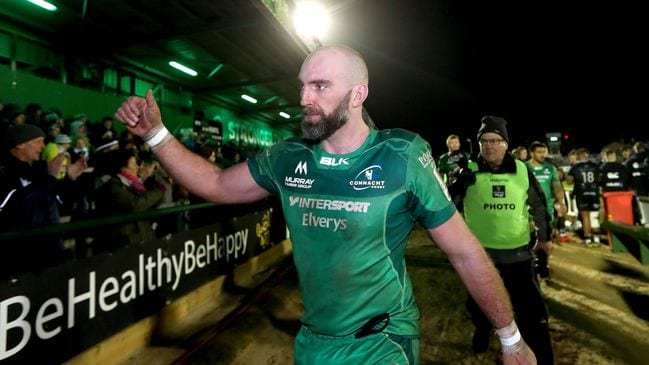 There is some housekeeping required regarding league positions but Saturday will be about celebrating of a Connacht Rugby Giant as the province complete their season.

After 15 years (17 if you include his academy time), captain John Muldoon leads the Westerners out in competitive action for the final time as he retires following a stellar career.

The Portumna native made his debut against the Scottish Borders in 2003 and this meeting with Leinster will be his 327th appearance.  Interestingly, he made his 300th appearance against the same opposition 12 months ago and is the PRO14’s most capped player.

🎥 💬 | "That sense of anticipation as the week goes on builds in the bottom of your stomatch, and then when the lights come on in The Sportsground it's all worth it".

John Muldoon on what Connacht Rugby means to him 🙌 #ThanksMul

A capacity crowd will descend on Galway to give a local legend a deserving send-off but Kieran Keane’s men also need to focus on the match as they sit only two points ahead of Zebre in Conference A.  Defeat for Connacht could see them finish bottom of the league.

They will be up for it but, while probably fielding a shadow side, they do face an in-form Leinster team who are unbeaten against Irish sides and have a Champions Cup Final against Racing 92 to look forward to on May 10th.

The difference between Leinster and the other provinces has been the depth of their squad and while names some key names may be rested, they’ll still want to ensure they top Conference B and qualify directly for the semi-finals.

Leinster have 70 points and are five ahead of Scarlets, whom they beat 38-16 in the Champions Cup semi-final.  More importantly, there’s competition for places in Spain with Noel Reid captaining the team in his 100th appearance.

Their last meeting on New Years Day saw Leinster prevail 21-18 thanks to tries from Max Deegan and Luke McGrath.  Connacht’s campaign went on a tailspin since as they plummeted down the table but they will be up for this.

Expect a memorable battle and Connacht will come close to getting their first win over Leinster since the 2016 PRO12 Final.  But Leo Cullen’s men are in business mode and can’t afford to drop their concentration and may, results wise, spoil the party.