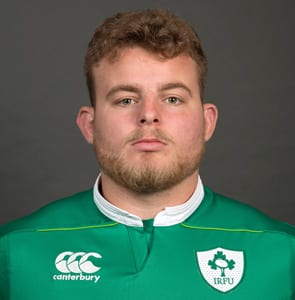 Three second half tries saved Connacht’s blushes in the Stadio Mongio on Saturday as they got their Guinness PRO14 campaign back on track.

Finlay Bealham, Jarrad Butler and Eoin Griffin got over the line after Kieran Keane’s men went in 7-0 down at half-time.

They’ll be disappointed to have conceded a bonus point thanks to Marco Fuser’s late score but after their shocking loss to Zebre the previous week, Connacht will take the four points ahead of their trip to South Africa against Toyota Cheetahs next week.

The game went 35 minutes before Benetton made the breakthrough as Tito Tebaldi got through for the opening try.  Marty Banks added the conversion giving the Italians their interval lead though Connacht were disappointed with their shooting and discipline.

However, the rallied back after the restart getting their first try inside four minutes.  A line-out turning into a running maul and prop Bealham made the scores count as Connacht looked more threatening as Tiernan O’Halloran and Matt Healy came close.

Monty Loane ran in for Benetton’s second try on 58 minutes making it 12-5 but Connacht eventually got on level terms.  Cian Kelleher was the provider passing to Butler who registered the score.  Carty’s conversion made it 12-12.

Benetton went down to 14 men for the final 10 minutes after Tommaso Iannone was sinbinned for turning Tom Farrell upside down.

Connacht took advantage as a Carty penalty put them ahead.  And with six minutes remaining as Healy picked out Griffin for the third to ensure they didn’t suffer a second surprise defeat.

Fuser got in for a consolation Benetton try to give the hosts a losing bonus point.  But Connacht’s form is still a concern before their test with Toyota Cheetahs next Saturday.

.@Connachtrugby get the response they were looking for as @FinlayBealham rumbles over! 👍