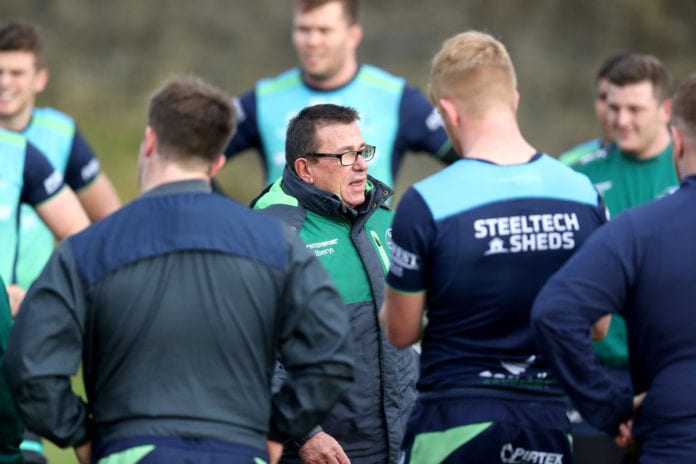 It was disappointment for Connacht in the RDS Arena today (January 1st) as their three-match unbeaten run came to an end when they fell just short to Leinster in the Guinness PRO14 Championship.

ACTION REPLAY | @FinlayBealham comes up with the ball after touching down on the stroke of half time #LEIvCON pic.twitter.com/ocMXLsnyvl

Finlay Bealham and Matt Healy got tries in both halves but Kieran Keane’s men couldn’t get the winning or equalising score in the closing stages after 28 phases of play just saw them miss out on a first away win against their eastern rivals since 2002.

A Jack Carty penalty in the opening minute gave Connacht the lead but two Johnny Sexton kicks overturned the deficit before Max Deegan got in for a Leinster try on 28 minutes giving the home team an 11-3 advantage.

However, Connacht were in front at half-time.  Carty got his second penalty after a high tackle.  And after a Bundee Aki break created an attack, Bealham got over before Carty’s conversion made it 13-11 at half-time.

Leinster were back ahead after the restart thanks to a Sexton kick from 47 yards with the wind.  But there was distance between them when Ian Nagle got a try on the hour mark with Sexton making it 21-13.

Healy continued his good form dancing his way to Connacht’s second try but they couldn’t make their pressure count to get something substantial from this game and had to make do with one bonus point.

Matt Healy's sidesteps are worthy of #Riverdance … brilliant try for #Connacht 21-18. Two minutes to go. Nothing in it. #LEIvCON Cmon #Connachtrugby pic.twitter.com/12DhdFYId4

Kevin Taylor from the Irish Sun said – “The visitors put on a battling performance but were just edged out by Leo Cullen’s men.”

Michael Scully from the Irish Mirror said – “The westerners have never won at the Ballsbridge venue and it took a huge effort from the home side to deny them again.”

And finally, Declan Whooley from rte.ie wrote – “Connacht led 13-11 at half-time and enjoyed a 27-phase attack in eight gripping minutes of added time, but couldn’t get the crucial score to come away with at least a draw.”

Connacht remain in fifth place of Conference A level on 24 points with Cardiff Blues.  See the latest championship tables HERE