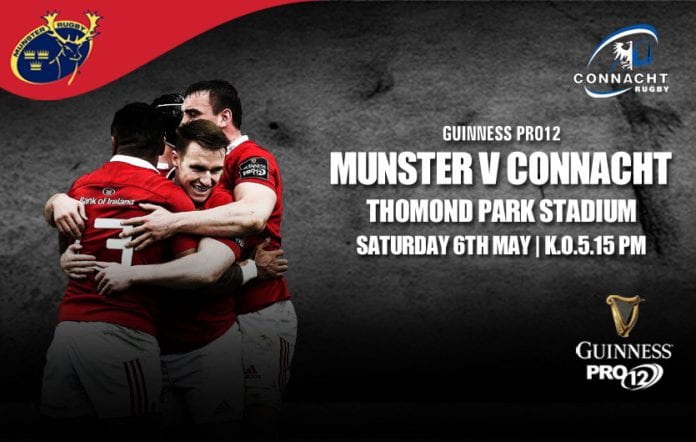 Kieran Keane has been forced to rest Irish internationals Ultan Dillane, Kieran Marmion and Bundee Aki as they manage their game time ahead of the Six Nations next month.

It means the Connacht coach has to make eight changes to the team that were within yards of ending their 16-year wait for a victory against Leinster in Dublin on New Year’s Day.

Match preview and all of the best photos 📸 from training this week as we prepare to host Connacht at Thomond Park tomorrow night | https://t.co/pDh1E8m4EK

In contrast, Johann Van Graan welcomes back a host of Joe Schmidt’s players as he makes 10 changes to the side that threw away a winning position against Ulster.

The South African started his reign with three wins including a European double against Leicester.  But after two losses to Leinster and Ulster, he’ll be looking for a turn in fortunes before attention moves again back to the continent.

CJ Stander returns to the side at number eight, Peter O’Mahony is named among the replacements while Andrew Conway, Conor Murray, Ian Keatley and Chris Farrell all come into the team that is already stacked with big names like Simon Zebo and Keith Earls.

Munster are without the suspended Sam Arnold and head injuries have ruled out Billy Holland and Chris Cloete but his starting XV is as close to full strength as it could be before the face into Champions Cup meetings with Racing 92 and Castres Olympique.

Along with his missing Irish trio, Keane also plans without Cian Kelleher who picked up a head knock against Leinster but still has Matt Healy and Niyi Adeolokun on the wings, Tiernan O’Halloran is at full back while Eoin Griffin and the recently married Pita Ahki form a new look centre.

John Muldoon and Jarrad Butler bring consistency to the back row as Connacht aim to repeat their heroics in Thomond Park in 2015.

Their last away win against Irish opposition was achieved when tries for Tiernan O’Halloran and Aki helped them to an 18-12 victory and Connacht were successful against Munster already this season.  O’Halloran and Tom Farrell were the try scorers as they emerged 20-16 winners in the Sportsground.

However, Munster won both games in the 2016-17 PRO12 campaign including a 50-14 thumping in Thomond Park.  Conway, Earls, James Cronin, Conor Oliver, Jack O’Donoghue and Francis Saili shared seven tries and a similar scenario will undo Connacht’s progress over the last month.

Even though Munster sit comfortably in second place of Conference A behind Glasgow Warriors, they’ve clearly marked this game as must-win based on keeping their top players available.  And after their recent losses, it may feel like one they can’t afford to lose.

However, Connacht’s focus is on beating Cardiff Blues to an automatic Champions Cup place and won’t want to concede any advantage.  But their strength in depth could just find this challenge difficult against an eager Munster outfit.

Kieran Keane has announced his starting XV to take on Munster in Thomond Park on Saturday (Kick Of 7:45pm – Live on TG4). #MUNvCON
➡️ https://t.co/G4kJefKMPl pic.twitter.com/wv2uM6ntiH