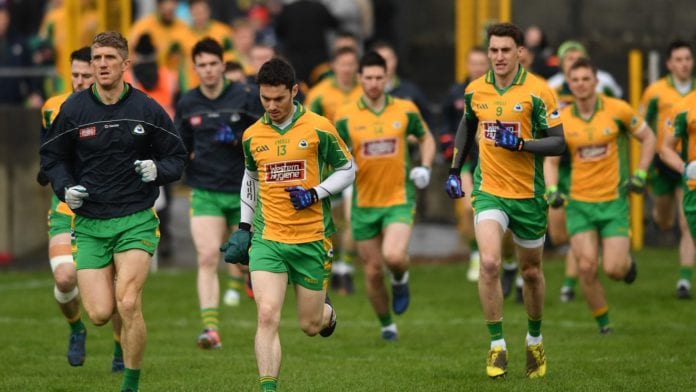 The postponed match in December allowed some to enjoy a London weekend but things are serious for Corofin this weekend when they travel again in the All-Ireland Senior Club Football Quarter-Final.

Kevin O’Brien’s charges are favourites to win their third Andy Merrigan Cup on St. Patrick’s Day but must negotiate as many hurdles before making that a reality.

Absolutely gutted that the game between @FulhamIrish and @CorofinGAA is cancelled. But I'm no polar bear. Rescheduled for Christmas Day extra time if required. Replay Boxing Day.#TheToughest pic.twitter.com/jzPZIle0T2

Snow led to the previous fixture being called off but with Kildare’s Moorefield waiting four weeks later in the semi-finals, Corofin will be anxious to ensure they get the job done.

This was off the back of winning a fifth consecutive Galway title despite a scare at the penultimate hurdle meeting with Annaghdown.

The Galway champions are experienced campaigners and will want to improve on last year’s showing when eventual winners Dr. Crokes from Kerry ended their hopes.

That being said, Fulham Irish’s challenge should not be dismissed even if they are 10/1 outsiders.  Three-time All-Ireland winner Owen Mulligan is their star man and he is joined by fellow Tyrone native and captain Michael Murphy (a 2005 All-Ireland winner).

That one-point win was their first crown since 2011 and Tir Chonaill Gaels did make life difficult for Corofin in 2014.  A tight first half saw the Galway outfit lead by just one point before emerging 0-9 to 0-2 winners in their last All-Ireland winning campaign.

The financial cost of their trip was mentioned by chairman Michael Ryder after the postponed game with total outgoings of €42,000 required to negotiate this game with only €28,000 being covered by Croke Park.

Support is bound to be down as many followers forked out €400 each to go over in December and may wait for an expected semi-final on February 17th.

At 1/33, Corofin should have little difficulty in qualifying for the final four but they will be made work for it.  No celebrating this time as they return Sunday evening.  And their interest in this competition should still be in place on their way home.