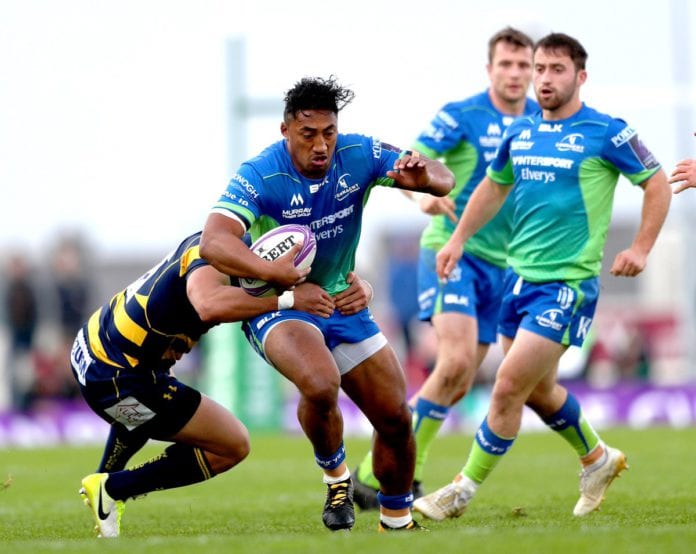 What a way to spend a Saturday afternoon.  A Challenge Cup semi-final on Irish soil looks unlikely after the draw but we’re probably getting ahead of ourselves.  Connacht are in the quarter-finals and a win next week will bring that to the Sportsground.

We’ll have reports shortly on the game.  Glad you joined us!  Good Day!

Connacht’s draw against Worcester guarantees them a place in the Challenge Cup quarter-final. Assuming it’s at the Sportsground, they have a great chance of going all the way.

Dear god my heart!!. Note for self don't try and get ready for a party when @connachtrugby are playing!. Clown makeup is the current state!. 🙈🙈

FULL TIME: @ConnachtRugby's second-half comeback is an impressive one and it ends honours even at Sixways! #ChallengeCupRugby pic.twitter.com/ZmEycSm0Ln

They’d chances at the end to win this but were chasing the bonus point.  But they do top the group and a quarter-hour final place secured.  Might have to wait until next week to make that a home tie.

The problem of resting players one week and then expecting them to be on it for a big game the next week. Very poor today. Real lack of accuracy, but still a half to play. Can't afford to go further behind before Quinn & Jarrod return though… #WORvCON

Second Half has Kicked Off!!!

HALF-TIME: A try for John Muldoon on his 50th Challenge Cup appearance but @WorcsWarriors have put four on the board. #ChallengeCupRugby pic.twitter.com/QSuhjasyRZ

TTTRRRRRYYYYYYY!!!!!!! NIYI runs in after some sloppy play by us finds a gap and runs in Worcester 17 Connacht 14 #WORvCON pic.twitter.com/8EVwEVZmha

Warriors draw the men in before @JoshAdams951 sends a long looping pass, very unselfishly, to put @Perry_Humphreys in! 17-7

Amazing try as @GJvanVelze's football-esq volley down field is kicked on by @Perry_Humphreys and @SamLewis_90 finishes off! @ManCity would've been proud of that! ⚽️

Congrats @UlsterRugby 1 down 3 to go!. Hopefully @connachtrugby will make it 2!.

Can we beat the tough Irish opponents that sit in our way? #COYW

Ready for our first three Round 5 matches of the day?

@WorcsWarriors @WorcsFaithful @WRSC2
There is a lot of green here today, are you sure Cheltenham Festival has not been brought forward?

Ready for action here at Sixways @connachtrugby two strong teams. Promises to be a cracker pic.twitter.com/sSFN8OCohZ

ICYMI: Here's our starting line up to face @WorcsWarriors at 3pm pic.twitter.com/TA8HbDeGJb

Come and join Maximus in the Kids Zone outside the @SixwaysStore! Lots of fun activities including a smoothie bike today! 🤗 @WorcsWarriors pic.twitter.com/4Av7LOyBO4

Check Out Our Match Preview HERE

William Davies and Rob Murphy preview the Challenge Cup match between Worcester in England and Connacht from… https://t.co/LAMEZ38dyl

Best of luck to @connachtrugby in today’s game against Worchester… A special shout out to our amazing Sponsored Player @JohnMuldoon8… #StrongerInGreen 🙏🤞🎉 pic.twitter.com/bWXqsiokXQ

European Action returns and Connacht are on the brink of a Challenge Cup quarter-final place.  A win (only their 3rd in England out of 23) will not just send Kieran Keane’s men into the last eight, but will also guarantee the Sportsground will be rocking in April.

Connacht have beaten Worcester Warriors in their last four meetings including a 15-8 victory in October.  And they did win 26-21 in their last visit to the Sixways Stadium in 2009.  Can they keep that run going?