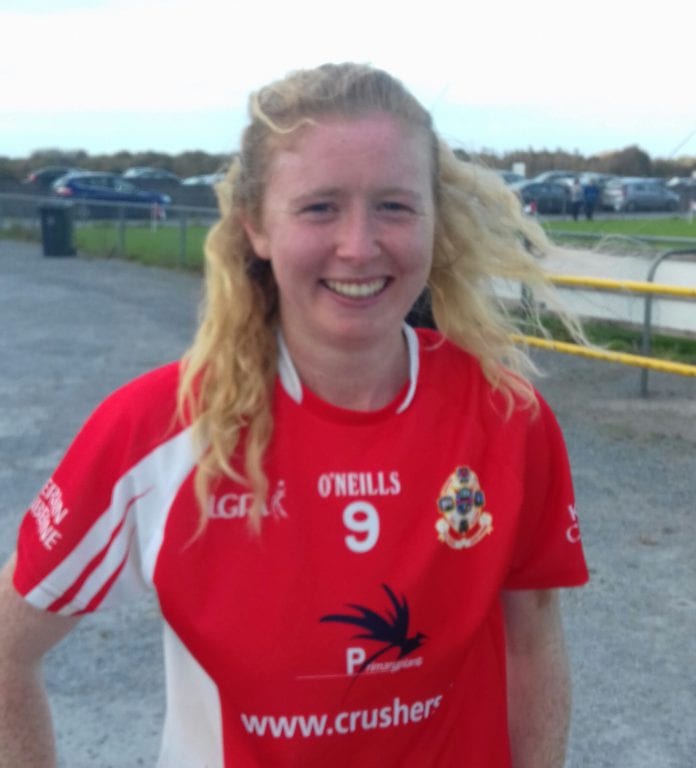 Kilkerrin/Clonberne ladies football captain Louise Ward was well aware her team will need to improve if they are to retain silverware after coming through this test with Claregalway.

The defending champions hit scores at crucial stages to ensure they ran out comfortable winners but found breaking down their opponents tough before they got their two goals.

Kilkerrin/Clonberne were level with Claregalway on 37 minutes but managed to make better use of creating chances in the concluding 25 minutes to set up a county final meeting with Corofin six days later.

“We knew coming here it was going to be a tough test against Claregalway,” said Ward afterwards.  “There’s been rivalry there right down through the years.  That was no different again today.

“So, next week, we’re in a county final.  That’s where we set out to be at the start of the year.  We’re happy to get there.

“We definitely wouldn’t be happy with our first half performance.  We kind of were riding it out for a while.  And the conditions, the wind was strong enough.  So, it was hard enough to get going.

“But Claregalway were very organised.  They knew what they were doing.  And it probably took us a while to settle there in the first half.  But once we got going, the scores started coming.”

Claregalway played an extra defender with Fabienne Cooney operating in the sweeper role as they wanted to ensure Kilkerrin/Clonberne did add to their impressive goal tally (25 in three championship games).

“There were well set up there in the back,” added the Galway attacker.  “They had one if not two sweepers back there at times.  So, they were really blocking us out.  And we really, really struggled to breakthrough at times.

“But once the scores started coming, we were happy enough.  I suppose we probably didn’t run off the shoulder as much as we would have liked to help ourselves.  Look, there’s plenty to work on there.”

While disappointed for her colleague Chloe Miskell who will be suspended for the final after picking up a red card, Ward was also quick to lavish praise on the Noone sisters (Lynsey and Eva) who got the important goals to ensure they kept their title defence intact.

“I don’t really know what happened (regarding Miskell’s sending off,” concluded Ward.  “But look, it’s unfortunate.  But we’re in a county final.  So, we’re going to try and get over the line so she’ll be back for the game after that.”

“I think everybody knows the Noones at this stage,” she smiled.  “They’re absolutely frightening!  And there’s Hannah there as well.  And they got the goals when we needed them and two fantastic goals they were.  Hopefully, they’ll put a few in the back of the net the next day.”