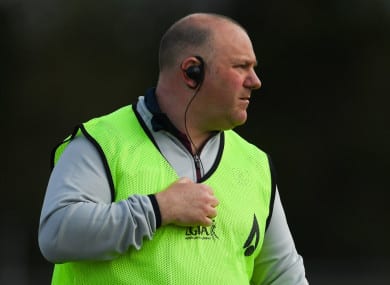 The Moycullen player, who scored 1-1, suffered a serious knee injury with 15 minutes remaining and looks to be out for the rest of the year and definitely won’t feature against Dublin on Saturday, 25th August.

Davoren got Galway’s second major 60 seconds after Caitrona Cormican broke the deadlock in the 5-11 to 0-12 victory over Mayo.  Roisin Leonard (2) and Leanne Coen registered the other green flags.

Glennon spoke to Galway Daily after his team secured their third championship win of the year.

Galway face Dublin in the 2018 TG4 All-Ireland Senior Ladies Football semi-final on Saturday, 12th August. The game will form a double header with the Cork vs Donegal tie which throws in at 2.45pm.  No venue has been confirmed yet but the Tribeswomen will line out at 4.30pm.