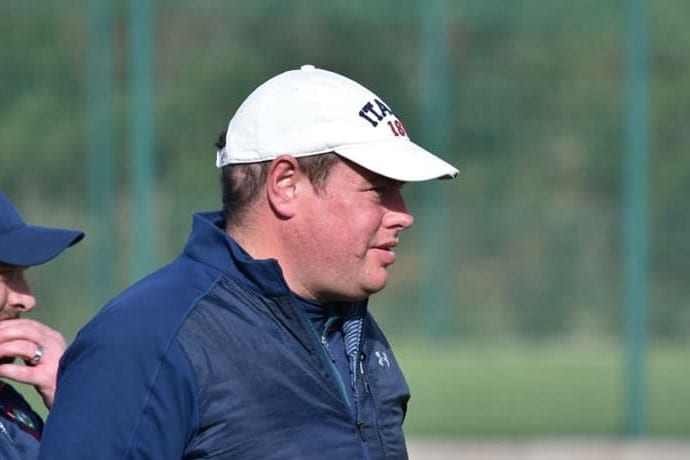 After five consecutive weeks of competitive activity, St. Brendan’s manager Michael McHale promised his charges a week off after they advanced to the Connacht Intermediate Ladies Football Final.

Goals from Rebecca Conway and Sinead Langan set up a meeting with Mayo’s Westport but another tough tussle with Sligo’s St. Nathy’s along with two battles against Tuam/Cortoon merited a break for the Galway champions.

They weren’t without injuries as full back Aine Gilmore didn’t start following her injury in the county final replay.  And corner forward Conway also needed to depart after a collision with a team mate.

“We knew it was going to be tough,” said McHale afterwards.  “But we said if we could get over the line at all and get a two-week break, we’d get ready for a Connacht Final.  And the heart the girls showed there was unbelievable.

“The performance of the backs, I don’t know they might have conceded one point from play in the whole game (actually two points).  A phenomenal effort from a team that’s on the road the last five weeks in-a-row.

“We won’t do anything this week now.  We’ll get back at it next weekend, the bank holiday weekend.  The girls will do the pool and that.  And they need it!

“We hear county managers giving out all summer about playing three and four games in-a-row.  We’re after doing five and we’re not at the level they’re at.  We’re going to take the week off and everyone get themselves back.”

“It’s funny because we’re doing all the right things,” added the St. Brendan’s manager about their nine first half wides.  “And I suppose we probably missed 1-6 (or) 1-7 there in the first half easily.  The game could have been over.

“We’ll keep working on it.  It is a concern but I think at some times, we put too much pressure on ourselves.  And our composure is letting ourselves down a small bit.  We’re doing everything right to get into the positions.”

And what about Conway and Langan?

“They will finish when they get a chance,” concluded McHale.  “Their last two games were probably a lot quieter for the two of them and we’d spoken about that.  But they were two brilliant moves!  We are scoring goals.

“We’ve scored a lot of goals this year.  And that’s the good thing about it.  We run deep from midfield and it’s working.  And these girls, they will take their chances when they get them.

“She’s (Conway) fine.  (We’re) a bit concerned because she got a crack on the head.  But I don’t think it’s anything serious.  There doesn’t seem to be any concussion or anything.

“She’ll have it looked at but she’s in good form in there.  So, we’ll be confident enough that she’ll be back in action next week again.”