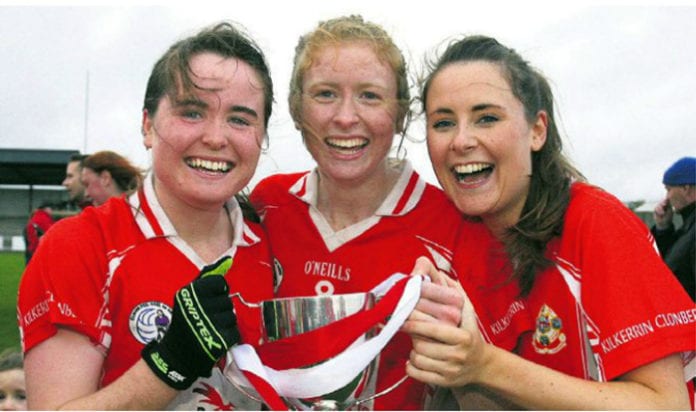 The meeting of Kilkerrin/Clonberne and Carnacon is one of the eagerly awaited matches this year after their epic draw and replay in 2017.  Kilkerrin/Clonberne scored 6-14 in last year’s Connacht Final but it wasn’t enough as the Cora Staunton led Carnacon ended up with 5-17 to force another day out.

And the following week, the Galway champions looked on course as they led 2-13 to 2-10 near the conclusion but Carnacon found a way to take the win as Staunton and Amy Dowling struck late goals for the Mayo outfit.

As expected, Carnacon won their 20th Mayo title with a comfortable 9-10 to 0-4 win over Knockmore but their biggest threat came off the field as the club were briefly thrown out of the championship.  That was the fallout from their players removed themselves from the Mayo set up.

Not that these champions, chasing a 17th Connacht win, needed motivation but they will have an extra incentive to succeed again.  Martha Carter, Marie Corbett and Doireann Hughes are strong defenders; Fiona McHale and Dowling will operate the middle third; while Staunton must be well marshalled.

Kilkerrin/Clonberne are under former Galway boss Kevin Reidy and restored their domestic dominance with a 7-16 to 3-6 dismantling of Corofin in the county final.  And the two-time Connacht champions didn’t let up against Roscommon champions Kilbride as they finished with an 8-19 to 0-3 win.

Kilkerrin/Clonberne’s strength in depth was tested over the last month without injured All-Star nominee Nicola Ward and suspended forward Chloe Miskell.  But both are expected to be available on Saturday.

Lisa Murphy is between the sticks with Sarah Gormally at full back; half backs Siobhan Fahy, Lisa Gannon and Hannah Noone are a solid trio as are midfielders Siobhan Divilly and captain Louise Ward; while Olivia Divilly, Annette Clarke, Ailish Morrissey, Lynsey and Eva Noone are dangerous attackers.

The test will be Kilkerrin/Clonberne’s composure when this game is in the melting pot.  They had Carnacon on the ropes twice in 2017 but their opponents won the All-Ireland.  That hurt could inspire a reversal in fortunes but Carnacon’s determination cannot be underestimated.