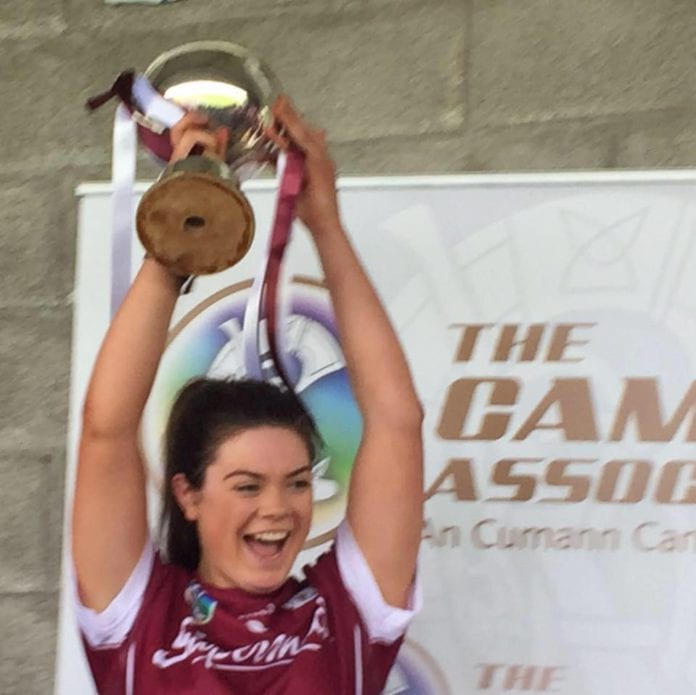 The winning Galway minor and under 16 camogie teams will be presented with the All-Ireland winning medals in the Lough Rea Hotel & Spa next Saturday (6th January) at 8pm.

After losing out to Tipperary following a replay in 2016, Galway were strongly fancied to take their first minor title since 2012 and left nothing to chance in McDonagh Park, Nenagh when they ran out 4-14 to 0-6 winners over the Banner County.

Mairead Dillon struck Galway’s first goal on 14 minutes and led by 1-5 to 0-6 at half-time.  But in the second half, the Tribesgirls took over as Ciara Helebert, Carrie Dolan and Sarah Spellman got further majors to ensure the maroon and white their third title at under 18 level.

Four months later, the conveyer belt of talent coming through continues to showcase their potential as Galway were crowned under 16 champions again (their fifth crown since 2009).

Galway Girls & Cousins, Shauna Duane(Minor) and Chloe Reilly (U-16), were both All Ireland Camogie Winners with Galway in 2017. pic.twitter.com/VUBLSI35wx

Chloe Quinn Reilly scored two goals for the second consecutive year as Galway dealt with early pressure to run out comfortable 2-16 to 2-5 winners over Wexford in Kinnegad after getting the better of Cork in the semi-final.

Larkin will be at the helm again when the minors commence the defence of their title on February 17th travelling to Kilkenny (a repeat of the 2016 under 16 final) before further outings against Wexford, Cork and Dublin.

O’Donovan has taken over Galway’s seniors who begin their league campaign away to reigning All-Ireland champions Cork on Sunday, 14th January.  Gerry Dolan, after a successful stint with the under 14s, moves to the under 16 role and they’ll begin their championship defence in the summer.

All clubs are invited to join in Saturday’s celebrations as Galway camogie kicks off 2018. There will be a buffet and a DJ also and tickets can be obtained by contacting County Board officials or check through your club.