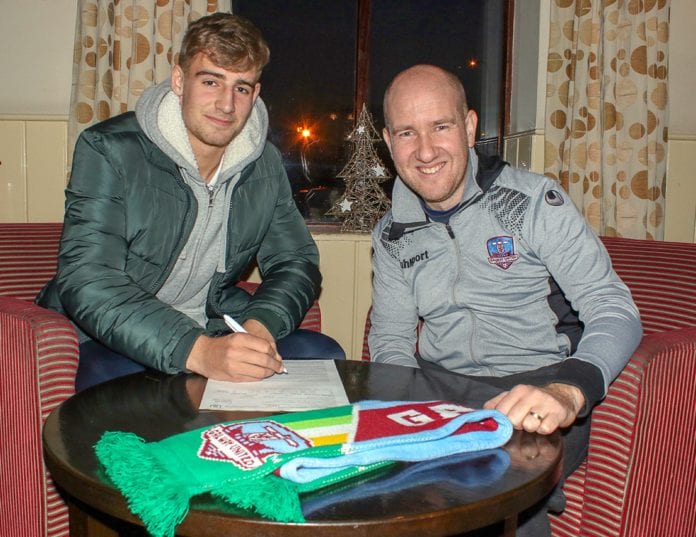 Galway United manager Shane Keegan has secured two more signings for the 2018 Airtricity League First Division season after the club announced that Stephen Walsh and Adam Rooney will be part of the panel.

Walsh returns after a year plying his trade between Longford Town and Athlone Town and the 27-year-old defender will be a major addition.

Over five seasons, the Galway defender played 145 times for the club scoring seven goals.  After signing from Galway Hibernians in 2010, he spent two years under Sean Connor and only departed after the club folded in 2011.

He moved across to Fahy’s Field with Mervue United for another two seasons before returning to the new look Galway FC in 2014.

Success followed as Galway were promoted with Walsh participating in all four play-off matches and he remained until the end of 2016 before taking the move to Longford Town.

“In previous years, as an opposition manager, I would’ve seen a bit of Walshy and the first phrase that comes to mind when you think of him as a player is wholehearted,” said Keegan to Galway United’s official website about bringing Walsh back to the club.

“He is a player who likes a tackle, he’s a rugged defender who actually enjoys defending, while also clearly having ability on the ball.”

Rooney is promoted from the under-17 set-up after being an ever present under Alan Murphy and the centre half is also a goal scoring threat.

He made 21 appearances in 2017 scoring five goals including two in their league quarter-final victory over Cobh Ramblers before they eventually went out at the penultimate stage to eventual winners Cork City.

Rooney will also still be involved with the under 19s in 2018 but his first team contract signing shows the club have serious plans regarding his future.

“We brought Adam in for sessions here and there last season and he did really well for a guy that was so young,” added Keegan.  “There was no doubt that we saw massive potential in him. Adam has his leaving cert this year, so it’s important that we bed him into the first team properly.

“He’s got tremendous physical attributes. Our under-17 manager Alan Murphy has been glowing in his praise of Adam. I was very impressed when I sat down and spoke with him.”

Pre-season training is due to commence shortly with their opening game against Athlone Town taking place on February 23rd in Eamonn Deacy Park and a strong line-up of friendlies have been organised.

“The players are back in on the 10th of January, doing a half-week to start off, where we’ll hold team meetings and conduct fitness tests to lay the foundations for the season,” concluded Keegan.  “We’ll be ready to hit the ground running from the following Monday and will be kicking-off our pre-season matches immediately at the end of that week.”

“We’re looking at playing Limerick, Sligo Rovers, St Patrick’s Athletic, Bohemians and Shelbourne over the following five or so weeks that lead up to the start of the season along with possibly one other game.”