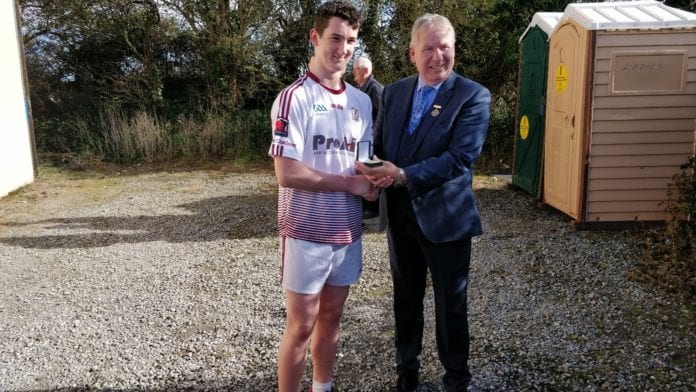 Abbeyknockmoy’s Mikey Kelly created a unique record on Sunday (14th October) when he won the under 14 60×30 All-Ireland handball title in Lahorna, Co. Tipperary.

He was an impressive winner over Monaghan’s Sean Callan in the boys under 14 singles and this victory for Kelly concluded a historic year for the young player as it was his third national crown in 2018.

Kelly is now the 60×30, 40×20 and One-Wall under 14 All-Ireland champion after success in the Feile na nGael competitions.

It also caps of the year for the Abbeyknockmoy Handball Club as in 2018, they amassed no fewer than 16 titles at National and World level, 10 Golds at the World Championships, three All-Irelands and three National Championships.

Not bad for a small West of Ireland Club!