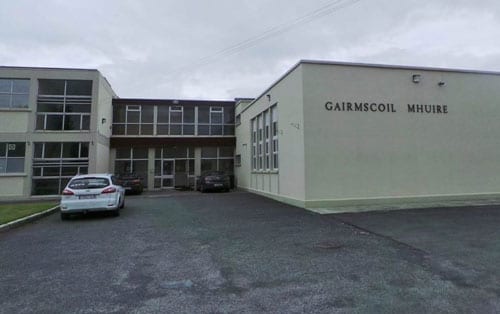 The contract has been signed to begin construction of the new Clarin College in Athenry.

The Department of Education has said that it has closed the deal with its chosen contractor for the €20 million project.

Galway East TD Sean Canney confirmed that work will get underway on the project shortly and will be quickly completed.

“The building is a rapid build project which means that the construction duration is very short amounting to a 50 week programme. Works will begin on site immediately.”

Construction is expected to begin on the school this month, and be ready complete by March 2019, ready to receive students for the next school year.

The new school is designed for up to 1,000 students, with modern sports and meeting facilities, two special needs classrooms, and 90 car parking spaces.

Though tenders were first put out in May, people in the area have been fighting for these facilities for many years.

According to Deputy Canney when the new school is complete, the site of the existing Clarin College will be made available for a new Gaelscoil campus.

A primary and secondary level Gaelscoil will be built to serve the Athenry area.

This year marks the 50th anniversary of Clarin College, which opened its doors as the Vocational School Athenry in 1968.

On Saturday the school celebrated its Golden Jubilee on Saturday at the Raheen Woods Hotel.

The anniversary celebration was open for anyone who passed through the halls of Clarin College in the last half a century.