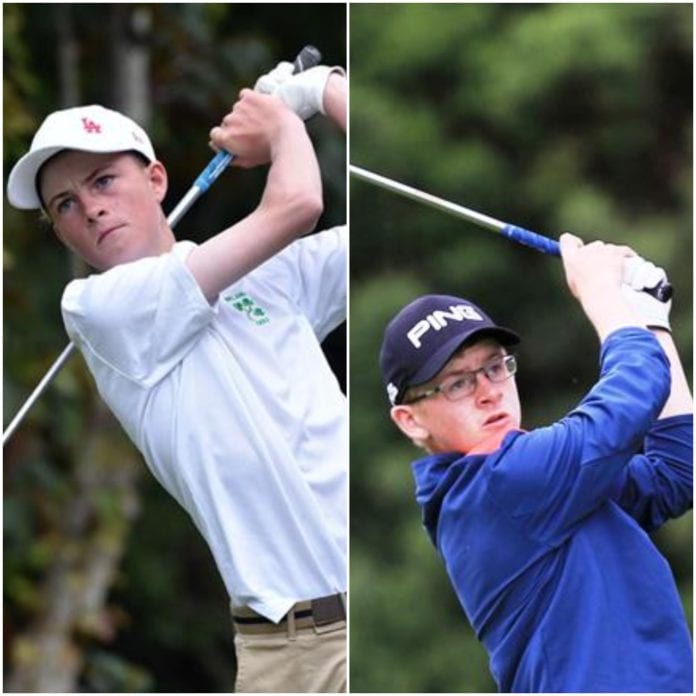 David Kitt and Luke O’Neill are among 11 players selected for to represent Ireland in the Boys Home Internationals at Royal Dornach in Scotland starting on Tuesday, 7th August 2018.

Well done to all who took part in yesterday's very successful Scratch Cup here in Galway Bay.
The Senior Scratch Cup was won by Athenry's David Kitt with an outstanding 66 Gross, Net 67.
Our Junior Scratch… https://t.co/YK4NAfo2oj

Both players were among the six automatic selections for the three-day event.  Athenry’s Kitt took his place via the Bridgestone Boys International Order of Merit.  And Connemara’s O’Neill earned his spot on the Tom Montgomery Order of Merit.

Kitt represented Ireland in the European Boys Championship in the Czech Republic in July.  And O’Neill was Connacht under 18 champion in April.

Congratulations to Luke O’Neill on winning the Connacht GUI Championship. A tough few days of golf – well done to all competitors. pic.twitter.com/yMTW9zvQBh

Ireland last won the event in 2013 at Forest Pines and they have five members of the side that came second at St. Anne’s Old Links in 2017 finishing second behind England – Brady, Denvir, Marshall, Murphy and Power.

Brady and Power are actually making their third appearance at the Boys Home Internationals having also played in 2016 at Ballyliffin.