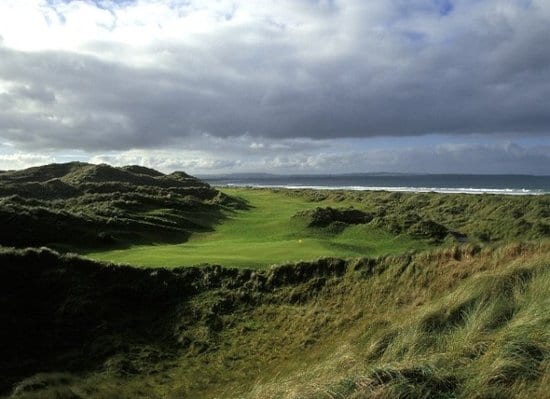 Moran matched the Naas man with two-under round of 71 after a par opening round to total two-under for the tournament.  There is a further two-shot gap back to England’s Steve Graham (East Sussex Nat) and David Mulholland (Castlerock), who share third.

Moran partnered Kelly and Graham as he began his third round on Friday (6th July) but was the only Galway player to make the cut.

Former West of Ireland champion Noel McGrane produced the round of the day, carding a glorious 66 (-7) which included a hole-in-one at the eighth.

McGrane holed a six iron from 170 yards for his ace to go five under for the day and he picked up two more shots on the back nine to make a giant leap up the leaderboard.

While his round two heroics may not be sufficient to win the title following a forgettable first round of 84, he will leave Enniscrone with fond memories.

“It’s nice to know it’s still in there,” said McGrane, whose class continues to shine through at the age of 55. “I holed a few putts, that was the big difference today. I put a new grip on the putter last night.”

At four over par, McGrane is eight shots off the lead.