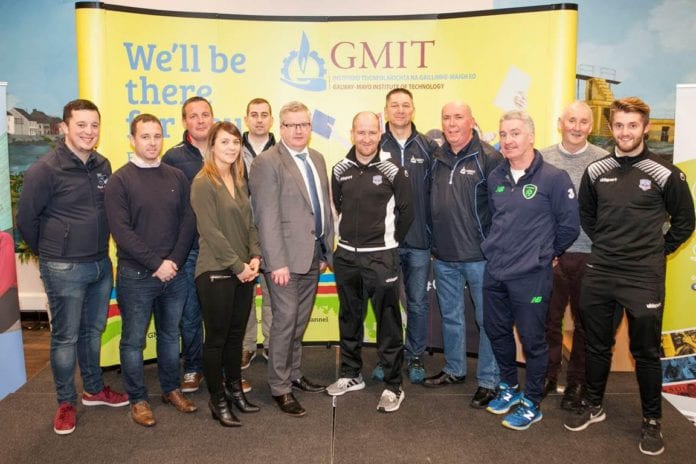 CFAI CUP | The Rustlers CFAI Festival of Football is heading to Galway in March as @GMITSports will host this year's finals set to take place in @MervueUnitedAFC and the centrepiece event, the RUSTLERS CFAI Cup Final in @GalwayUnitedFC Eamonn Decay Park on March 6th/7th. pic.twitter.com/ndqeC2yVTk

GMIT President Dr Fergal Barry said “GMIT are delighted to have been chosen to host the 2018 Rustler CFAI Finals which is regarded as the highlight of the colleges football calendar.”

GMIT Sports Officer Molly Dunne expressed her delight after GMIT qualified for the finals by beating IT Carlow 5-4 in a penalty shoot-out.

“It’s brilliant that the lads have now qualified for the finals. There is great excitement around GMIT sports at the moment and having the lads playing a home final on March 7th really adds to the occasion of hosting the event.”

The scene is set for today’s launch of the @thirdlevelfootb RUSTLERS CFAI Finals which will be hosted by @gmitfc on March 6th & 7th pic.twitter.com/RNazKLrGvG