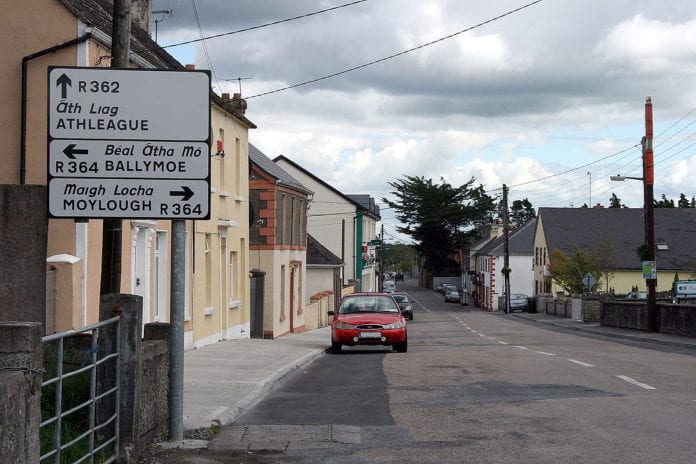 Covering local sports news in Glenamaddy and the surrounding areas including Kilkerrin, Clonberne, Williamstown, Glinsk and others.

Well done to our Senior team on their 3-1 win over St Cuan’s on Sunday last in Castleblakeney. This brought us to four away wins out of four.  We started brightly and took the lead when Sean Gallagher crossed from the left and PJ Shanks hit an unstoppable volley past the keeper with a great strike.

However, we had a lapse in concentration and let St Cuan’s back into it when a long ball over the top was latched onto by Cuan’s Jordan O’Leary who despite the best efforts of Seamus Comer managed to score the equaliser.  Half time score was 1-1.

With St Cuan’s looking to get back into the game it left opportunities for us to extend our lead and we were unlucky with Ryan McHugh and Steven Fox both hitting the frame of the goal.

This along with some great defending left us holding out for a deserved win which leaves us top of the table coming up to the half way point of the season.

Congratulations to our Intermediate girls and management team on winning the Intermediate B Championship Cup Final beating Menlough Skehana 4-8 to 1-8.

Glenamaddy/Williamstown got off to a shaky start but a goal from Noelle Connolly midway through the first half proved to be the settling factor for our ladies.

Excellent displays throughout the field resulted in the score at half time of 2-3 to 1-4 with our second goal coming from Megan Heneghan. In the second half all players dug deep with goals coming from Rebecca Kelly and Amy O Brien. This was a great team effort with all players giving 100%.

Joint captains Johanna Connolly and Hazel Deane accepted the cup and thanked all the supporters present.  They also thanked the management team of Peter Keaveney, David Brady, Patricia Keady and Mary Fahy and our main sponsor ECC for their continued sponsorship of our club.

Best wishes to our U16 panel and management v Caltra on Saturday next 27th @ 12 noon venue to be decided.

Well done to our senior girls who had a great win over Kilbride in the Connacht semi-final.

Next up is Carnacon in the Connacht final the weekend after next.

Venue to be confirmed.

Hard luck to the U14 Girls who were defeated by Annaghdown in the Shield county final on Saturday.

Kilkerrin United’s game with Ballymoe FC was abandoned on Sunday due to a serious injury sustained by Kilkerrin’s Keith Mahon. Thanks to all who assisted Keith on Sunday, to the medical team, Ballymoe FC members and the match officials. We wish Keith a speedy recovery.

U18 boys are through to the Premier Division Cup Final following an impressive 5-1 win over Castlerea Celtic in Saturday’s semi-final. David Madden (2), Brian McDermott & Oisín Hynes (2) were Kilkerrin’s goalscorers. Details of the final are yet to be confirmed.

Details of upcoming and recent events will be online at 4.30pm every Tuesday.