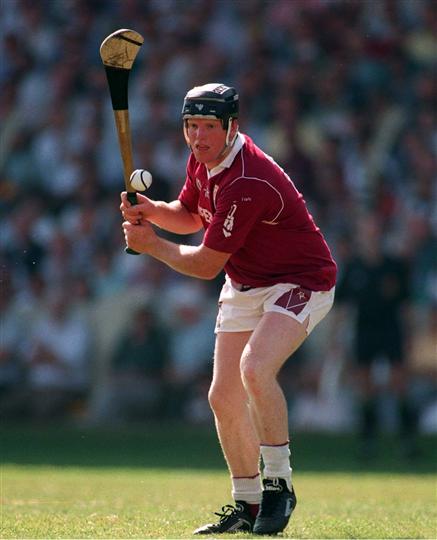 After a week involving debates, opinions and some massive results, Galway Daily’s ‘Galway’s Greatest Hurler’ competition finished on Friday morning (18th May) with the original JC picked as the winner.

Sarsfields legend JOE COONEY came out first in the final poll between the top four participants getting 46% of the vote in a keenly contested contest.

Cooney, the poll topper after every round, was chiefly the centre forward in the Galway senior hurling team that won the All-Ireland titles in 1987 and 1988.

He made this debut in 1983 and also won three Connacht titles, three National Leagues, four Railway Cups and played in six All-Ireland finals between 1985 and 1993.

And he didn’t just gain legendary status in his 35 appearances in the maroon and white before retiring in 2001.  He also was part of Sarsfields’ historic back-to-back All-Ireland club successes in 1993 and 1994.

Portumna’s Joe Canning finished second in a tight battle for the runners-up spot getting 24% of the vote.  And just behind him was Tynagh/Abbey-Duniry’s Kevin Broderick with 22%.  Killimordaly legend Tony Keady finished with 8%.

We’d like to thank everyone who supported the contest and the results of the final are listed below.  And as an extra treat, here is the greatest Galway team ever based on your results.

WHO DO YOU FEEL IS GALWAY'S GREATEST EVER HURLER?