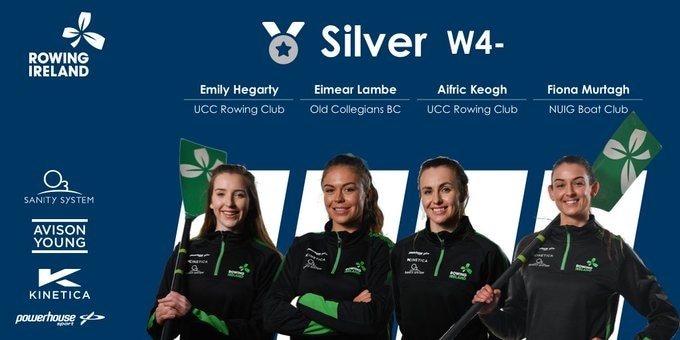 Two Galway women have taken home a silver medal for Ireland at the European Rowing Championships in Italy today.

Galway’s Fiona Murtagh and Aifric Keogh, along with teammates Eimear Lambe and Emily Hegarty, placed second in the Women’s Four at Varese.

Fiona Murtagh from Moycullen rows with NUIG Boat Club and Galway RC, while Furbo’s Aifric Keogh is with NUIG/Colaiste Iognaid RC, and also with her college club at UCC.

The four women narrowly lost out on the gold to the eventual winners from the Netherlands.

Also at the European Rowing Championships today, Paul O’Donovan and Fintan McCarthy of Skibereen RC took the gold in the Lightweight Men’s Double.

While Gary O’Donovan of Skibereen, placed 4th in the Lightweight Men’s Single Final.

While Margaret Creman and Aoife Casey, both from UCC Rowing Club, came 5th in the Lightweight Women’s Double.