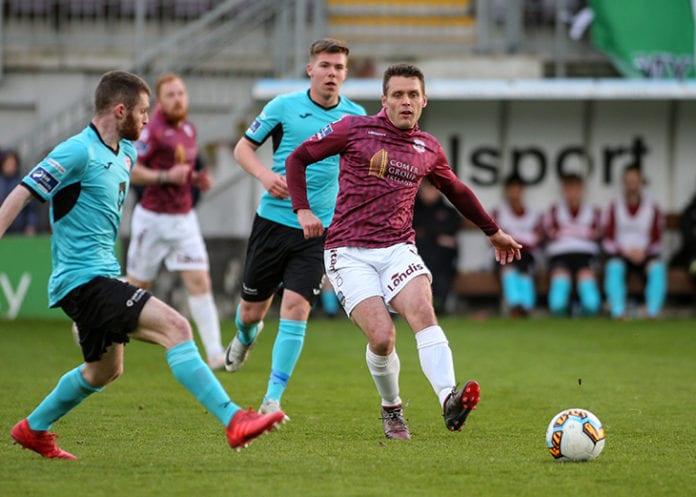 But the night belonged to Alan Murphy whose penalty just before half-time broke the long-standing goal scoring record set by Paul ‘Ski’ McGee.

After Conor Barry got the first two goals, Murphy’s penalty gave him a 75th Galway United league goal as he earned a standing ovation from the home supporters.

📣 There is only one place for the @SSEAirtricityLg Player of the Week award! 🏆@GalwayUnitedFC legend Alan Murphy scored his 75th goal for the club, making him the all-time record goalscorer for the club! Well done Alan! 👏👏

“Friday night was a big point in our season,” said Murphy to Galway United’s official website.  “I think you can see the hurt from last week, everyone under-performed.

“The lads knew how much it meant to me and how much the club means to me, as well as getting out of where we are and getting promoted. Conor Barry was the first person to turn around and insist I should take the penalty.

“They wanted me to get it done and I wanted to get it done, because it’s not about me. Every time I got the ball it was about whether I would get the record. Now it’s over and done with and it’s a great achievement, but I’ll park it now for a while, until I’m parked up.”