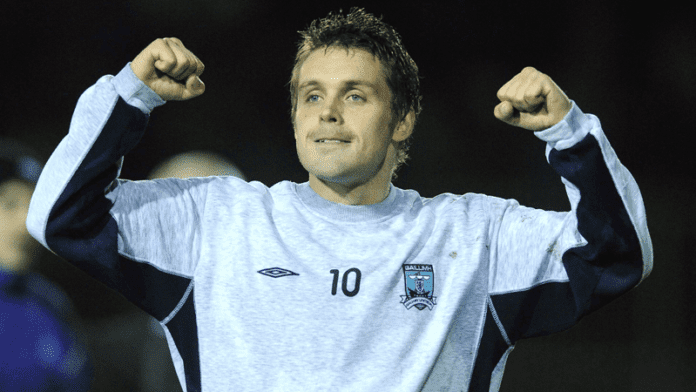 Galway United legend Alan Murphy has signed a playing contract for the 2018 Airtricity League season bringing the total confirmed squad to 20, following the captures of Connor Gleeson and Arek Mamala.

.@GalwayUnitedFC have announced 3 new signings tonight! Alan Murphy returns to the club where he previously scored 73 goals, the tribesmen have always announced the signings of goalkeepers Conor Gleeson and Arek Mamala #GUFC

The experienced midfielder has been connected with the club for 20 years and is also currently the under 17 manager.

Murphy starts his fifth spell with the club having began at just 16 years age.  The 36-year-old’s stand out season was 2003 when he finished with 21 league goals.  He is currently second on the all-time scorers list for Galway United on 73 goals, just one behind Paul ‘Ski’ McGee.

The Ballinrobe native, who also had spells with Derry City, Shamrock Rovers, Mervue United and West United, returns to the side for the first time since 2014 and will be confident of overtaking McGee in 2018.

Galway United are delighted to announce the signing of Alan Murphy.

The vastly experienced midfielder is a Galway United legend, having scored 73 goals for the Tribesmen. He trails all-time top scorer Ski McGee by just a single goal.

“There was a couple of reasons I made a move to sign Murph,” said Keegan to Galway United’s official website.  “One was I went to watch three West United games in the last month or two, specifically looking at particular players, in all three games he was the best player on the pitch.

“He’s a real Galway United man and I think he could play an important role for me in a couple of different guises in the coming season.

“It’s cuteness and cleverness, knowing the game inside out. A couple of weeks ago, I would’ve said we were very short on that front, but with the additions of Robbie Williams and Murph, we’re now gone from little experience, to quite a decent amount.”