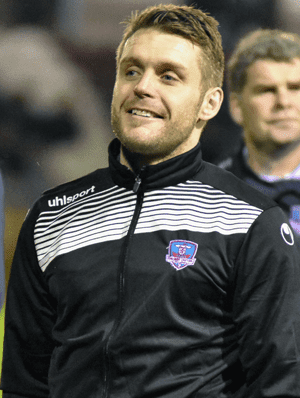 Alan Murphy’s reign as Galway United manager began with a comprehensive victory in Eamonn Deacy Park on Friday night (6th July) as they repeated their 4-1 result from the opening day of the season against Athlone Town.

Goals from Conor Barry, Carlton Ubaezuonu, Eoin McCormack and Ronan Manning secured them a first win in a nine-race charge as they try and redeem their season and get into the ‘top four’ play-offs.

Murphy was pleased to begin his tenure with a win before two difficult away trips to Cobh Ramblers (Saturday, 14th July) and UCD (Friday, 20th July) in what could determine the club’s 2018 fate.

POST MATCH REACTION 🗣️ | Alan Murphy gave the media his thoughts after his first game in charge of the club, a 4-1 win against Athlone Town. Listen now!https://t.co/MBRD63zhgh #GUFC

Afterwards, he spoke to Galway United’s official SoundCloud channel which can be found by clicking this sentence.