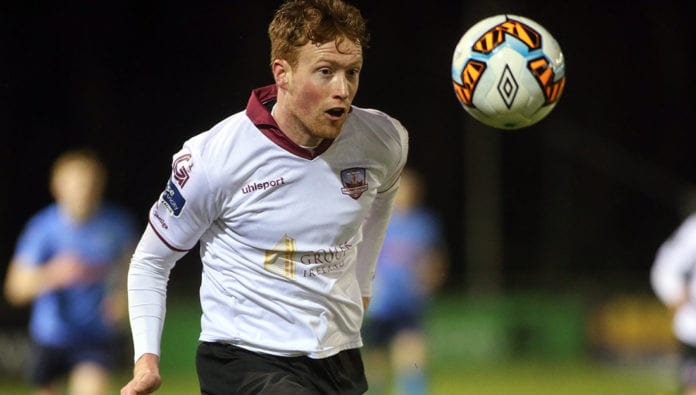 United return to league action at Eamonn Deacy Park this evening when we face Cabinteely for the first time in a competitive fixture.

Cabinteely have lost both of their opening league games by a single goal against Wexford and Cobh Ramblers.

United meanwhile were held by UCD last week, drawing 1-1, after recording a convincing 4-1 win against Athlone Town and manager Shane Keegan is targeting another league win against Pat Devlin’s side.

“The thing that I was hammering home to the players is” said Keegan to the club’s official website.  “Cabinteely are a team that have lacked the rub of the green over their two opening games, rather than playing poorly in them.

“It makes them dangerous opposition for us, they’re desperate to get points on the board. That bit of luck that might’ve alluded them is possibly due to swing around soon, so it really is important that our player don’t think that we’re facing a team who are struggling.

“We’ve got to be at our best, or it will be a serious banana skin for us.

“When you have aspirations of trying to win this division or attain promotion, realistically you’re looking to try and win every home game. You’re going into your home games with a level of expectation of delivering a performance and the three points.

“Hopefully the Cabinteely game will be no different. If we can get a regular big crowd behind us at home, it’s definitely a big help to us.

“We gave our supporters four goals in our last home game and even if it wasn’t our greatest performance, hopefully the vast majority of them will return for the Cabinteely game and if we can deliver once again, winning becomes a habit.”

Robbie Williams is rated as 50/50 AND the experienced English defender missed last week’s trip to the UCD Bowl with a calf problem.  Conor Melody has returned to training following a knee injury and he may be included in United’s match day squad for the first time this season.

It's a big game at Eamonn Deacy Park on Friday evening!

Let's make it two home wins from two in the league.

Our first competitive meeting with Cabinteely kicks-off at 7.45pm. Tickets will be available on the gate on match night. #GUFC pic.twitter.com/Z9ZsEEmZc6