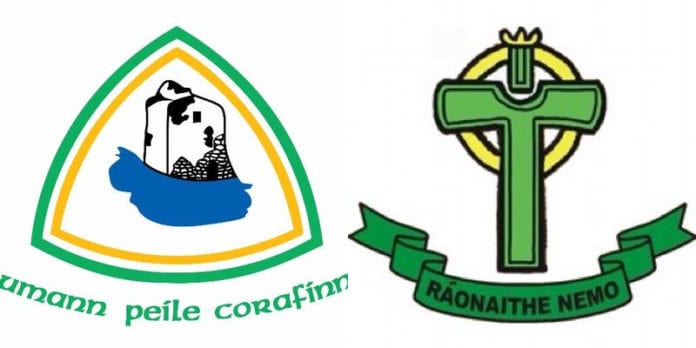 Two established clubs on the national circuit go head-to-head on St. Patrick’s Day with the Andy Merrigan Cup the prize on offer.

Corofin compete in their third All-Ireland Final having won their previous visits to headquarters in 1998 and 2015.  But they face the most decorated side in the competition’s history.

When the dust and smoke settles at Croke Park on St Patrick’s Day who will be crowned AIB GAA All-Ireland Senior Club Champions? Corofin or Nemo Rangers? Cuala or Na Piarsaigh? #TheToughest pic.twitter.com/4QBJBg0smr

That being said, Nemo Rangers won their last crown (seventh) back in 2003 and haven’t been in the All-Ireland Final in 10 years when they lost to St. Vincent’s in 2008.  But with a rich history behind them and a good balanced side, they’ll be confident of being successful in their 12th final.

Kerry legend Tomas O Se is the marquee name in defence; Jack Horgan is a late bloomer in the club’s midfield; while Barry O’Driscoll, Paul Kerrigan, Luke Connolly and Ciaran Dalton will be a handful up front.

They shocked reigning champions Dr. Croke’s in the Munster Final before emerging past Derry’s Slaughtneil after extra-time in the All-Ireland semi-final.  Despite not scoring for 20 minutes, the Cork city outfit clawed their way back with Connolly’s 2-5 instrumental in a 2-19 to 1-14 win.

Corofin haven’t had it easy either.  They needed extra-time twice in the provincial series before accounting for Roscommon’s St. Brigid’s and Mayo’s Castlebar Mitchells.  And they ground out a 1-6 to 0-6 win over Kildare’s Moorefield in the semi-final after playing the near full match with just 14 players.

Martin Farragher was sent off after just 76 seconds but has had his one-game ban overturned as his charge for ‘striking with the knee’ couldn’t be proven.  And he’ll take his place in an attack that features Micheal Lundy, Gary Sice, Colin Brady and Ian Burke.

Corofin showed their disciplined approach when losing Farragher against Moorefield and this could be the key to frustrating Nemo Rangers.  If they can keep the Cork attack quiet, they have the personnel to get the necessary scores.

Nemo Rangers are evens favourites, the draw is 15/2 and Corofin are priced at 11/10.  This will suit Kevin O’Brien’s charges.  It’s a pity the game clashes directly with the Ireland/England rugby match.  But they won’t mind in north Galway should they secure their third All-Ireland title.