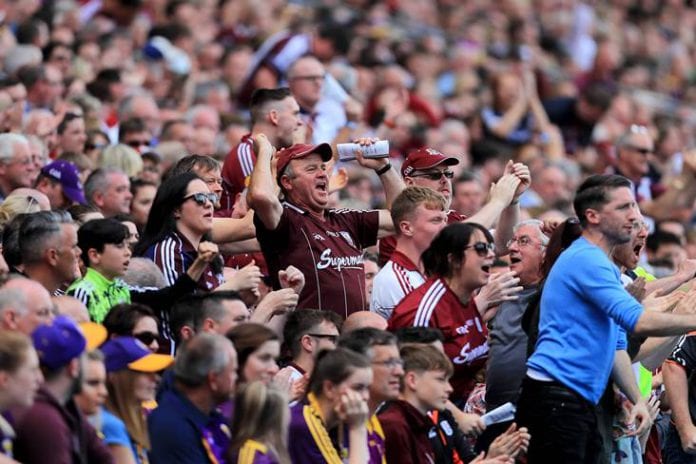 Galway could be on for a fantastic treble in sporting success this year if the latest bookmaker odds are taken into account.

The start of the year always delivers predictions and the betting odds offered by various bookmakers give an indication into what way punters are thinking.

All-Ireland hurling championship glory was the highlight of the year just passed and the Tribesmen can repeat the class of 1987 and 1988 by successfully retaining the Liam McCarthy Cup.  Micheal Donoghue’s men are priced at 9/4 favourites ahead of Tipperary and Kilkenny keep hold of National silverware.

The Bob O’Keeffe Cup should also remain as the maroon and white are 8/11 to achieve success through the front door but there’s a different opinion ahead of the spring.  Tipperary have been put in as 11/4 favourites to take the National League title ahead of second favourites Galway at 10/3.

However, the same confidence in club champions Liam Mellows isn’t shared as they are 14/1 outsiders to win an All-Ireland on St. Patrick’s Day.  Indeed, Louis Mulqueen’s charges aren’t expected to repeat their heroics from 2017 as they are only 10/1 to retain the Galway hurlng championship.

St. Thomas’ are 7/2 favourites to take home the Tom Callanan Cup next winter followed by Gort (4/1) and Portumna 11/2.  Newly promoted Ballinderreen are bottom of the pack on 100/1 along with Abbeyknockmoy, who survived the drop by beating Carnmore in the relegation final.

It’s completely different in football with early success followed by failure expected.  Corofin are 6/4 favourites to clinch a third All-Ireland senior club football title in March ahead of Slaughtneil and Nemo Rangers.

And should form hold, they’ll land their sixth county title in-a-row with odds as low as 1/3 seeing them with the Frank Fox Cup.  Mountbellew/Moylough are 6/1, Salthill/Knocknacarra are 11/1 while new promoted Claregalway fetch odds of 40/1.

Kevin Walsh’s seniors are expected to struggle following their promotion to the National League Division One and are 25/1 to be champions.  They are only rated above Kildare (28/1) making them joint favourites for relegation.

And it doesn’t get any better in the summer.  Galway are 40/1 to win Sam Maguire for the first time since 2001 but they are only third favourites for provincial success.  Mayo are 8/13 favourites to win the Connacht championship with current holders Roscommon 11/4 and Galway at 7/2.

Other interesting GAA bets sees NUI Galway at 9/1 (fifth favourites) for the Sigerson Cup, 25/1 for the Fitzgibbon Cup with the senior ladies footballers at 8/1 (fourth favourites) to win their All-Ireland title.

The new Tier Two hurling competition has been named the Joe McDonagh Cup after Galway’s former GAA President.  The Tribesmen aren’t involved but Laois are 11/8 top seeds followed by Westmeath at 3/1.

Success is expected at Eamonn Deacy Park in 2018 as Galway United are 5/2 favourites to win promotion.  Shane Keegan’s men head Longford Town and Shelbourne in the betting.  And keep an eye on Mervue United and Ballinasloe Town in the FAI Junior Cup.  Both are among the top 16 at 33/1.

Connacht will be thereabouts in the European Challenge Cup being made third favourites at 11/2 behind Gloucester (3/1) and Edinburgh (5/1) giving strong hope of a semi-final place.

But the ship has sailed for Kieran Keane’s men domestically in the Guinness PRO14 with their odds of repeating their 2016 victory at 90/1.  And any hope of topping Conference A seem gone with 500/1 offered to anyone willing to take that gamble.

Of course, sport is known for its unpredictability but should those putting down the money come up trumps, Galway hurlers, Corofin footballers and Galway United will be the ones holding most attention over the next 12 months.