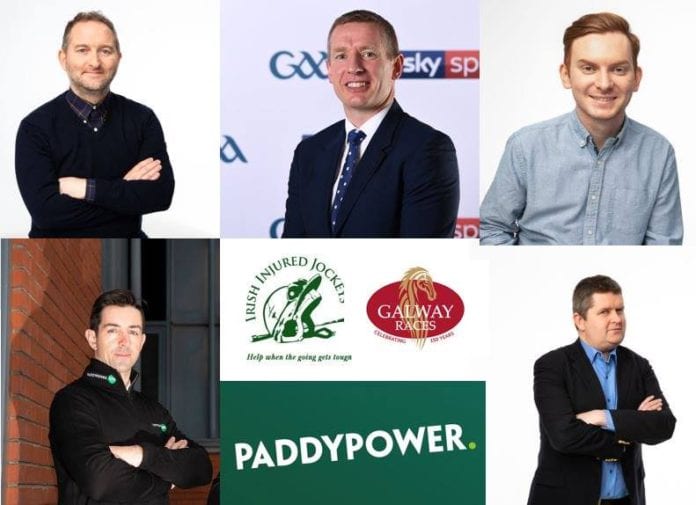 Taking place on the track at 4:40pm ahead of the first race on Day 2 of the Galway Races, the derby is led by an all-star roster of GAA athletes in aid of a good cause.

Rachael Kane, Irish PR & Mischief Champion at Paddy Power said “The competition will be fiercer than ever this year with two former GAA stars going head to head with the lads from Off The Ball.”

She added that “We just hope it remains a clean race and there’s no need for a stewards enquiry.”

The 2019 zorb athletes are Ollie Canning, Sky Sports hurling analyst and 4 time All Star; Aidan O’Mahony, a Kerry man with style on and off the pitch, his five all Ireland’s are almost matched by his performance on Dancing with the Stars; and rounding it out is the team from Off the Ball, Ger Gilroy, John Duggan and Eoin Sheehan.