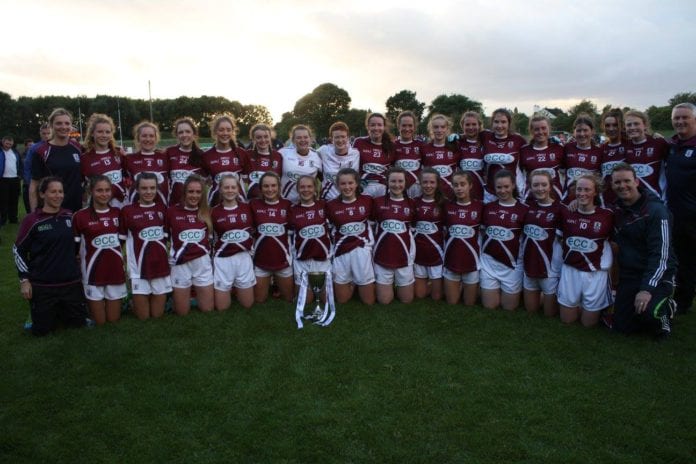 Galway will face Donegal in the All-Ireland under 16 Ladies Football Semi-Final on Wednesday, 4th July in Connolly Park, Owenmore in Sligo.

The Ladies Football Association announced details on their website of their A and B under 16 penultimate games and the reigning champions will meet Ulster’s representatives in a midweek contest.

Two Ailish Morrissey goals and a second half strike from Aoife Lynagh gave Kieran Collins’ team a 3-15 to 2-11 victory over Cork last year.

🗓️ Here are the dates, venues and times for the All-Ireland U16 A and B semi-finals@GalwayLgfa and @WaterfordLGFA were A and B champions respectively in 2017 – who will be next? @LeinsterLGFA @ConnachtLGFA https://t.co/VKervnChrD pic.twitter.com/28oKZJKNPP

Collins has moved to the minor set-up and was replaced by Stephen Hession who also led the under 14s to championship glory in 2017.

Galway beat Mayo 5-12 to 4-7 in the Connacht Final on May 11th – their only assignment to date with Kate Slevin, Aoife O’Rourke and Laura Kelly among the goal scorers.

The game between Galway and Donegal will take place at 7.30pm on Wednesday, 4th July.  The other semi-final takes place at the same time between Kerry and Kildare in Sean Treacy Park, Tipperary Town.

Should the Tribesgirls prevail, the final is scheduled for Wednesday, 25th July.