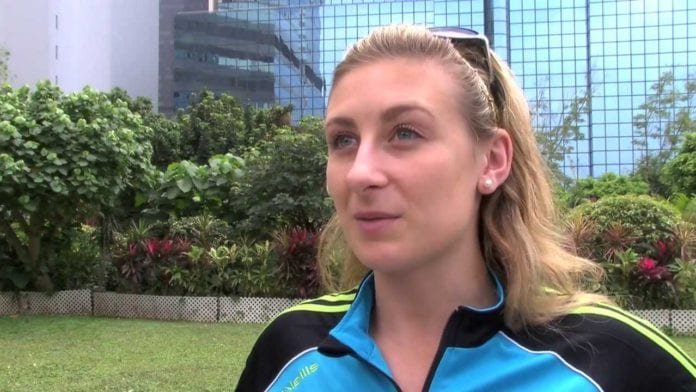 Galway’s Sinead Burke was part of the travelling party today (Tuesday) as the 2016 and 2017 TG4 Ladies Football All-Stars left Dublin for Bangkok.

This is the eighth All-Star tour for the LGFA and they’ll arrive in Bangkok on Wednesday afternoon before playing an exhibition game next Saturday, St Patrick’s Day, March 17, at the Chulalongkorn University Stadium.

Ah sure isn’t it time to go to Bangkok with the TG4 All Stars.. pic.twitter.com/35PzDe4heO

That game has a 2.30pm throw-in and the day also includes a Thai GAA intra-club competition.  Among the other highlights are a Thonburi Klong River cruise, a welcome ceremony hosted by the Irish Thai Chamber of Commerce, cookery classes, and a training session at the Berkeley International School.

Burke was nominated for an All-Star last year after a string of strong displays at wing back for the maroon and white.  Even though she was unlucky not to pick up a gong, her performances earned her an invite as Galway’s sole representative.

The travelling party will leave Bangkok next Wednesday, March 21, and arrive back to Dublin airport early on Thursday morning.

Galway’s next game in the Lidl Ladies National Football League will be away to All-Ireland champions Dublin on Sunday, March 25th.