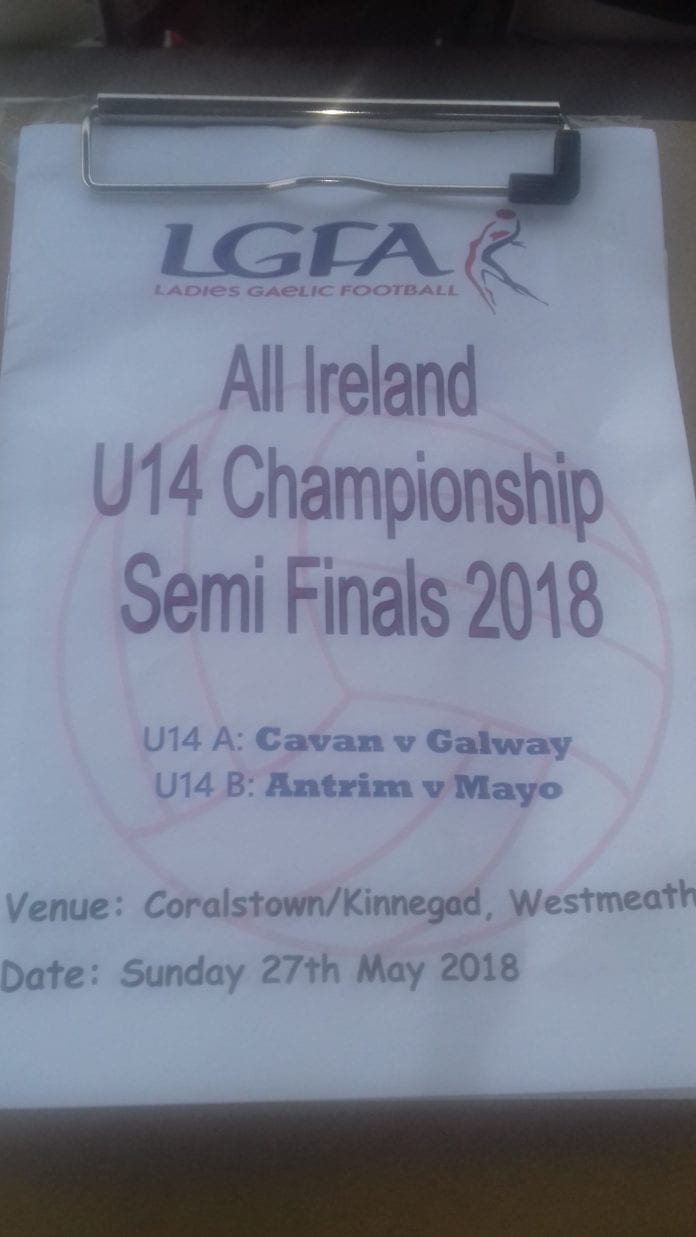 Galway surrendered their All-Ireland title on Sunday (27th May) after they came up just two points short against a determined Cavan outfit who built their match winning advantage after enjoying a numerical lead during the second half.

The Tribesgirls levelled at 0-6 apiece after considering an early four-point cushion but they faced a mammoth task when referee Des McEnery sent Galway duo Martha Barek and Jacqueline Glynn to the sin bin within 60 seconds of each other.

Cavan seized the initiative with Gemma Beatty converting a free but when Ellyanna Madden took Aine Smith’s pass for their goal on 43 minutes, the Ulster champions looked on their way.

Beatty stretched the margin with another score but Galway were given a lifeline as Molly Mulryan’s fierce free on the three-quarter mark was deflected into the roof of the net.

Galway were shown character and conviction even with the numbers against them but Cavan read the game well in defence restricting space to their opponents.  And at the other end, they picked holes and nearly finished the contest only for Smith to be denied by the returning Glynn.

Caoimhe Cleary registered a Galway free leaving arrears to the minimum with two minutes left and extra-time was looking a near certainty.  But Padraig Kilcommins’ side couldn’t catch a break with the niggly officiating going against them.

Beatty got Cavan’s last score to allow them run out two-point winners and nobody could begrudge them their win despite a free count of 2:1 against Galway.

After Mulryan and Maebh Walsh set up Mairead Glynn for an opening minute point, Galway laboured to a 0-4 to 0-0 score by the quarter hour with Ana Hovenden, Mulryan and Sarah Duffy also on target.

Play was held up for an injury to Duffy that looked like ending her afternoon but she showed great bravery to continue even if she eventually departed in the second half.

Beatty got Cavan’s first point on 17 minutes before Letiza Sheridan scored their first from play.  The same two gave the Breffni side the lead before Hovenden sent the teams in at 0-5 apiece.  But after the two sin bins in the second half, Galway were also battling against the breaks. 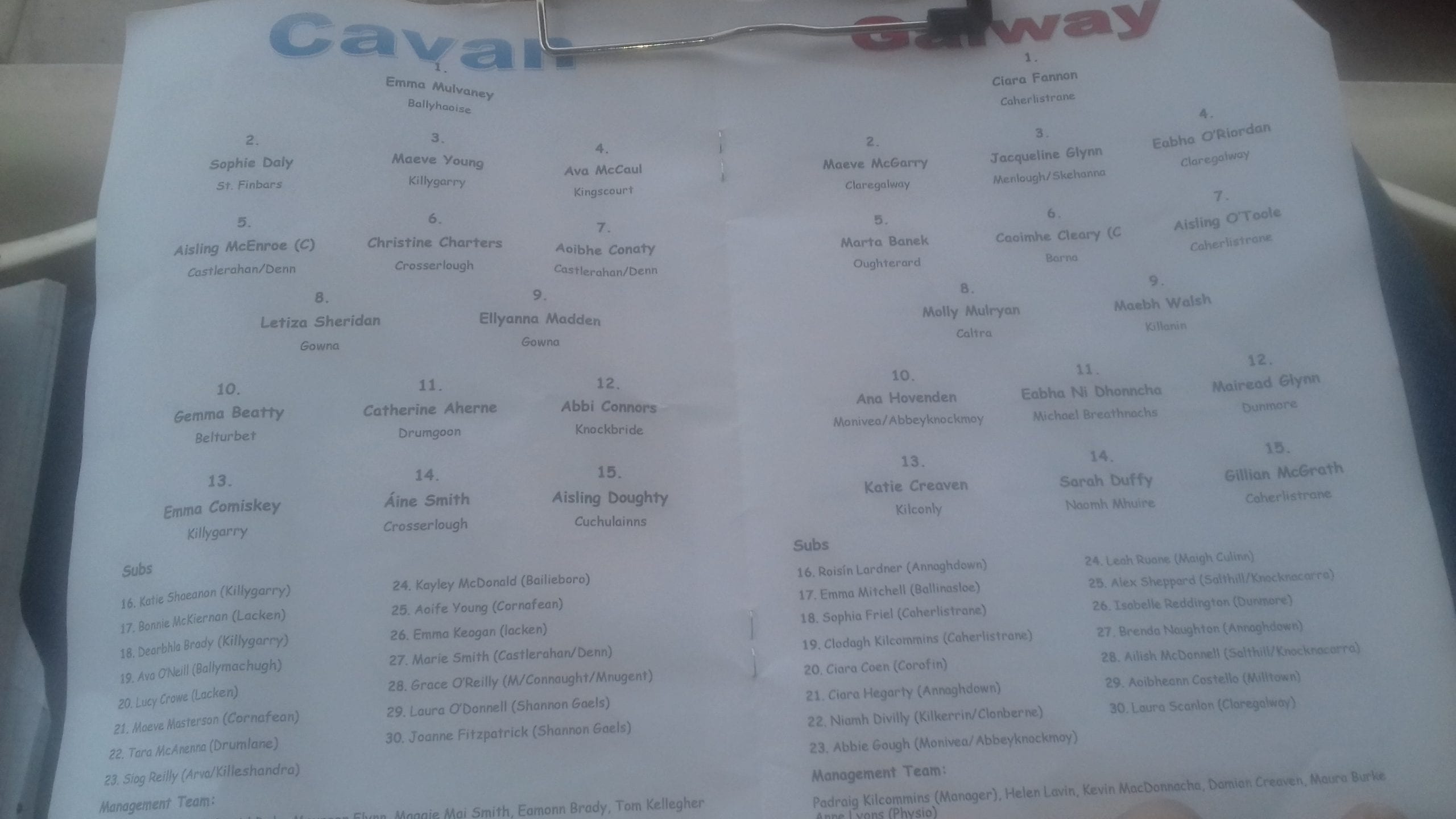