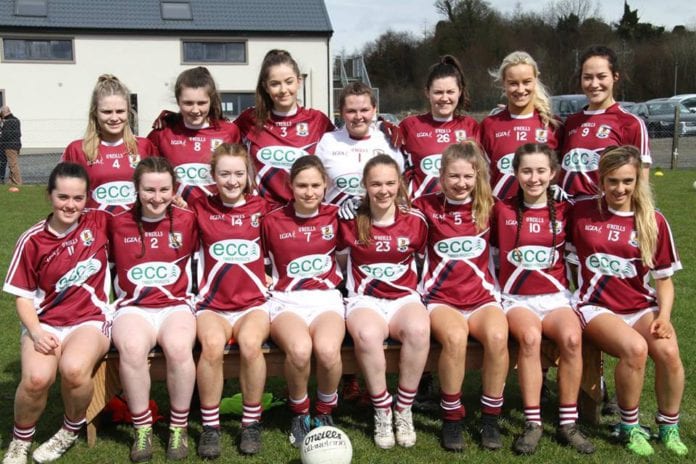 In a break from the usual routine, the Connacht Minor Ladies Football Final won’t take place on its traditional Bank Holiday Monday date as the 2018 instalment takes place next week.

Galway will meet Roscommon in the ‘A’ Final in Swinford at 4pm on Saturday (28th April) in a double header with the ‘C’ game between Leitrim and Sligo at 1pm.

Last year’s All-Ireland winning under 16 manager Kieran Collins is over the under 18s this year and will look to add to that success.  They were victorious over Mayo in the semi-final by 3-11 to 2-8.

Ciara McCarthy and Chloe Miskell were Galway’s joint top scorers that day getting 1-4 apiece while Lynsey Noone also hit the net.  Lorraine Meehan and Aoife Molloy were also on target for the Tribesgirls.

The two teams were expected to meet again in the final but Mayo suffered a shock 4-12 to 2-8 loss to ‘B’ champions Roscommon two weeks ago at the penultimate hurdle thanks to goals from Aoife Gavin and Sarah Scally.

The winners will advance to the All-Ireland semi-final on Saturday, 30th June against Ulster opposition.