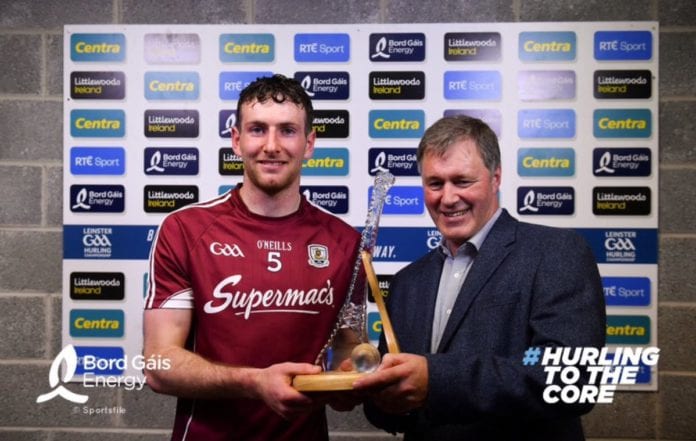 With two wins from two, Galway have one foot in the knock out stages of the 2018 All-Ireland Senior Hurling Championship and another positive result should also keep their Leinster title defence intact.

After a comfortable finish against Kilkenny in Pearse Stadium, Micheal Donoghue’s charges head to Wexford for what could be a defining game, especially after Galway’s league ambitions ended in the same venue in March.

Padraic Mannion was Man of the Match in Galway’s 1-22 to 2-11 win over the Noresiders and knows they face another serious test on Saturday (2nd June).

Pádraic Mannion of @Galway_GAA was the man of the match in the first ever Leinster Championship game to be played at Pearse Stadium #HurlingToTheCore pic.twitter.com/7e4TrOs4oP

“Wexford are a serious outfit,” said Mannion to Cian O’Connell from gaa.ie. “They work really hard and they have a lot of great hurlers on the team. That is the games you want to play, that is what you train for. It is funny now with the games so close together.

“You don’t get a chance to look too far ahead. You could be 10 days out from a big championship game with Wexford but you are preparing for Kilkenny in three days.

“You don’t get much chance to look too far ahead. But look it is down to Wexford Park, everyone knows how good Wexford are down there. It is a massive challenge, but one that we are looking forward to.”

Padraic Mannion is looking forward to @Galway_GAA clash against @OfficialWexGAA in @gaaleinster Championship on Saturday!

“Just because you won it last year, it doesn’t give you any right to win any Championship game this year. Last September seems as far away as ever now. New year, new start.

“We are delighted to have four points on the board, the way this Championship has gone, it is very competitive and every two points is massive.”

Galway’s next game in the Leinster Senior Hurling Championship is against Wexford on Saturday, 2nd June.  Throw-in at Innovate Wexford Park is 5pm.