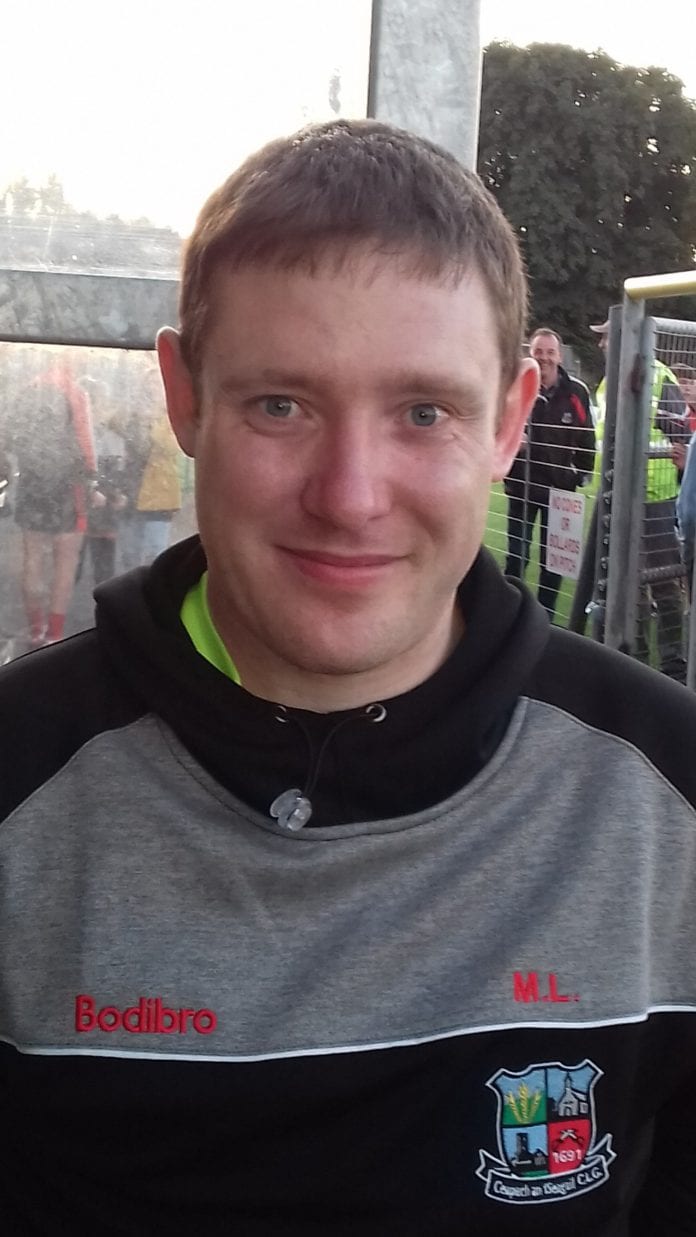 Cappataggle under 16 hurling manager Martin Larkin  felt his players did well after they held off a late Sarsfields revival last Monday (3rd September) to win the county under 16 A1 hurling championship in Duggan Park, Ballinasloe.

“The lads held out well there at the very end,” said Larkin afterwards.  “We were 10 points up but credit to Sarsfields, they came back.  We knew they were a great team.

“They bet us last year in the under 15 A1 and they bet us in the opening rounds.  We knew we had the work cut out for us tonight anyway.  We started Ok and Sarsfields got a goal, went a goal up.  But the lads stuck to the game plan and went out.  And they done well.”

Sarsfields struck early through Adam Donohue before Finn’s major gave Cappataggle a 1-7 to 1-6 interval lead.  However, even though the latter two goals looked enough for the eventual winners, two Liam Donohue majors nearly set up a stunning comeback for Sarsfields.

“Sarsfields is a very good team,” added Larkin.  “It was always kind of nothing between us.  But anytime Cappy and Sarsfields play, through the history, through this year, it’s been always a great battle.

“There’s always a point or two in the end, a goal today.  It was a goal when we played them in the championship.  That was all between us.  But the lads held out well and I just want to say well done to Sarsfields.  They tried.

“Liam Collins had a very good game today.  He scored the second goal and he scored a few points, frees.  I don’t think he missed, only one or two anyway.  He was crucial!  I’m just very happy for Liam.  He’s been working hard all year.  He was with the under 15 development squad and he fully deserves it today.”

Collins’ efforts were worthy of the man of the match award but keeper Michael Egan also had to be alert with some crucial saves when the New Inn/Bullaun team were enjoying the momentum.

“If those goals came in, it could have been a different story,” stated Larkin.  “But Mike (Egan) is a very talented goalie.  He came out well with the ball.

“Another lad I want to mention too is Dan Treacy.  Only three weeks ago, he came out of a cast.  He had a broken wrist this year.  He was touch-and-go for this match and he came back.  And he had a good performance coming out here today.  He kept the defence in touch.