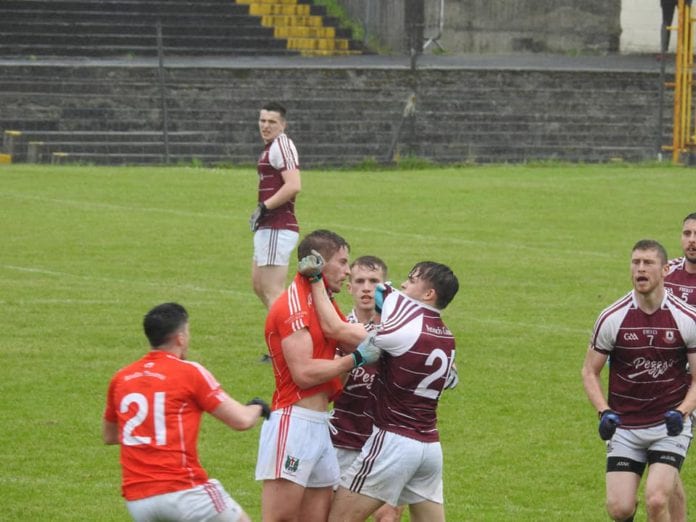 Annaghdown cruised past Tuam stars comprehensively in the opening round of Galway SFC in Group Two played in Tuam Stadium.

The home side started the better courtesy of a neat point from Jamie Murphy. The 2017 county semi-finalists upped their game a gear landing the next five points with Conor Moloney, Anthony Pender and three Damien Comer placed balls on target to have Annaghdown leading 0-5 to 0-1.

The clinical Jamie Murphy split the posts to keep Tuam Stars within touching distance. Galway senior panellist Frankie Burke played a sublime ball inside into Moloney who was fouled inside the small square and referee Muiris Mac Gearailt signaled a penalty.

Burke made no mistake smashing the ball into the roof of net. Shortly afterwards Galway senior captain Comer headed for goal and slotted the ball into the bottom corner to raise the second green flag for Mike Geoghegan’s side.

The sides swapped scores from then on with Cormac McWalter and a goal from the inspirational Jamie Murphy gave Ja Fallon’s men a glimmer of hope. Annaghdown had their inside line firing again with Comer and Burke to have the victors leading 2-07 to 1-03 at the interval.

After the break Comer showed why he’s one of the best in Ireland notching over three quick-fire points for the men in maroon and white. The sides traded scores with Murphy and Shane Curtin off the mark for a depleted Tuam Stars side while Burke was causing the 2017 county quarter finalists issues with 0-2.

The accurate Burke was making no mistake from two more placed balls, the pick of those on the side-line. Murphy clipped over a free just inside 21 metres and Niall Kinneen raised the final white flag of the day in a commanding 12-point win today for Annaghdown who made a statement of intent.