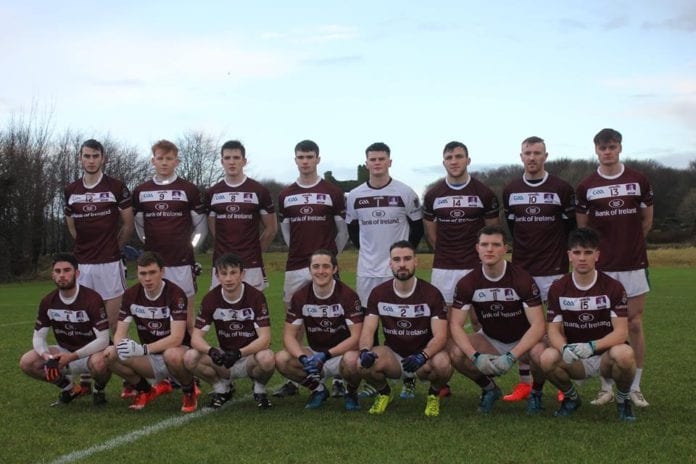 NUI Galway were the talk of the Sigerson Cup last week when they ousted 21-time winners UCC in the Mardyke and now stand 120 minutes away from college football glory.

They face DIT in tonight’s semi-final with a final against Ulster University or UCD the prize on offer on Saturday when the decider takes place in Santry (3.30pm).

It could be a nightmare situation for two Corofin players who are also in All-Ireland club football semi-final action on Saturday against Kildare’s Moorefield (2pm Tullamore) but first their respective teams must negotiate their penultimate hurdles.

Liam Silke is a member of the UCD panel when they face John Divilly’s Ulster University in the other semi-final at the same time in Inniskeen.  But his Corofin team-mate Kieran Molloy is one of 18 Galway players hoping to add to their victories over IT Sligo and UCC.

And it’s not just the multitude of Galway players that NUIG possess, it’s the calibre of names.  County senior captain Damien Comer has started both their ties getting 1-2 against IT Sligo while Sean Mulkerrin, Michael Daly and Peter Cooke are others for the Western College.

It was Limerick’s Brian Donovan who struck a 20th minute goal in their quarter-final over UCC and Maghnus Breathnach delivered a late penalty save to ensure the Tribesmen advanced.

Enda Tierney and Cein D’Arcy shared five points while Molloy was also on target with Cooke dominant around midfield.  NUIG will want all their marquee players doing well as DIT also come into the tie full of confidence.

Caoimhin O’Reily, Shane Dempsey, Glenn O’Reilly and Mayo’s Conor Loftus are just some of DIT’s key players but it was Enda Flanagan who was the star attraction getting 2-1 in their 3-17 to 1-7 thumping of IT Tralee in the quarter-final.

The Kerry college were without the injured David Clifford but DIT looked in good form with Kildare’s Sean Hurley with another notable display.

NUIG have a strong squad and their win over UCC will leave them fearless heading into this clash.  It could be a busy weekend for many Galway footballers but firstly, they have to fulfill their midweek commitments.  They are slight favourites.