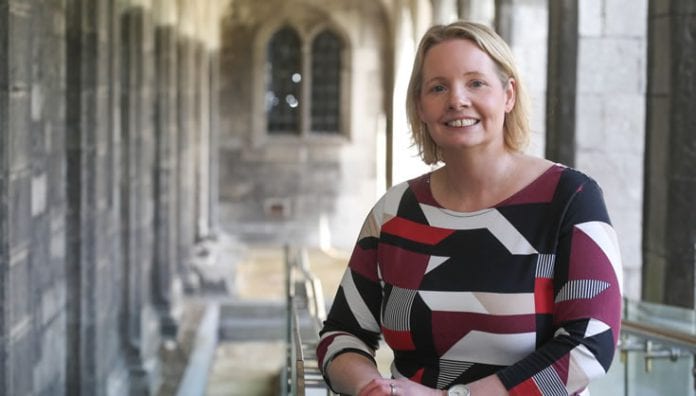 Head of Bacteriology at NUI Galway’s College of Medicine, Nursing, and Health Sciences Dr. Dearbháile Morris has been awarded €650,000 from the EPA for a four-year project examining the role the environment plays in the transmission of antimicrobial resistance.

Out of a total of €11.2 million given by the EPA to fund new environmental research projects, Dr. Morris received the largest single award.

Her project, called ‘AREST’ – which roughly stands for Antimicrobial Resistance and the Environment: Sources, Persistence, Transmission and Risk Management – will give us important data on the spread of one of the greatest threats to human health in the modern age.

Antimicrobial resistance is the ability of microorganisms like bacteria or viruses to adapt to modern medicines (such as antibiotics) – thus rendering the treatments ineffective.

This can result in simple infections becoming untreatable and even deadly. With even the most basic medical procedures – including most surgeries, organ transplantation, cancer chemotherapy, diabetes management, caesarean sections and others – incurring high risks, health care costs could skyrocket and modern medicine as we know it could be irreparably changed.

Humanity could even return to a dark age where just a cut or scrape could kill.

More chillingly, according to the WHO, “This has already started to happen.”

Resistance to common bacteria has already reached “alarming levels” around the world, currently causing an estimated 700,000 deaths per year – a figure that is expected to rise to around 10 million deaths per year by 2050.

The global medical community is in agreement that urgent action is needed.

Enter Dr. Morris and her research, which will generate national data on the key sources, hotspots, and drivers of antimicrobial resistance in the environment, bringing together all of the key players in the problem.

The project will embed the ‘One Health’ concept – which looks holistically at all aspects of health care, including the impact of animals and the environment, worldwide – and build the research community to support Ireland’s National Action Plan on antimicrobial resistance.

Speaking about her award to the NUI Galway press office, Dr. Morris commented: “I am very excited to receive this funding award and commend the EPA for recognising the importance of funding research in this area. Antimicrobial resistance is one of the greatest threats to human health. We are facing the very real possibility of entering an era where there are no useful antibiotics left to treat infection.

“We need to understand better what role the environment plays in the transmission and persistence of antimicrobial resistance. This four year research project will generate national level data on the key sources, hot spots and drivers of antimicrobial resistance in the environment from various sectors, and brings together a team of world renowned experts in the areas of human health, animal health, agriculture, the environment, geographical information systems, risk assessment, high throughput sequencing technologies and metagenomics.”

Laura Burke, Director General of the EPA, said: “The EPA is pleased to announce these awards under our Research Programme and to continue to support research and innovation in areas of environmental importance. The outputs from these projects will provide the foundation and evidence base for credible environmental decision-making into the future.”

The AREST project is led by NUI Galway, in collaboration with the Danish Technical University, UCD, Teagasc and Maynooth University.