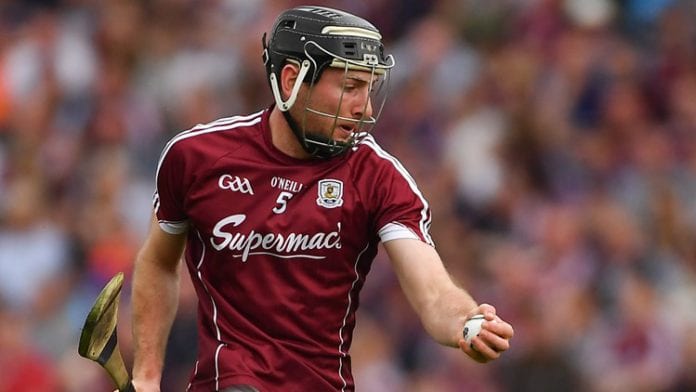 Galway wing back Padraic Mannion is among the three nominated names for the GAA’s official Hurler of the Week.

The Ahascragh/Fohenagh wing back is up for the award along with Limerick’s Aaron Gillane and Clare’s Colm Galvin.

Mannion has had superb 2018 in the maroon and white and was tremendous again in the 1-30 apiece draw with Clare in the All-Ireland senior hurling semi-final last Saturday (28th July).

Indeed, should Galway prevail in next Sunday’s (5th August) replay in Semple Stadium (2pm), he will be a strong contender for Hurler of the Year.

Padraic Mannion showed class and style for @Galway_GAA in the epic All-Ireland SHC Semi-Final clash against Clare! Will you vote for him to be the https://t.co/gvXdqgOuf0 Hurling Player of the Week? Vote now on Instagram! pic.twitter.com/W455g6D1sE

The voting process is simple:  to vote for Mannion (or Gillane or Galvin) like their image on the GAA’s official Instagram page.

Voting will close at 10am on Tuesday (31st July) and the winner will be announced on GAA.ie.

Mannion is also one of three Galway players who have been selected on GAA.ie’s Hurling Team of the Week.

Adrian Tuohey takes his place at right corner back while Johnny Coen, usually a midfielder, is slotted in to the number seven position.

The other semi-finals have three players each.  Damien Cahalane, Darragh Fitzgibbon and Conor Lehane represent Cork.  Galvin, Peter Duggan and John Conlon were picked from Clare.

GAA.ie Hurling Team of the Week