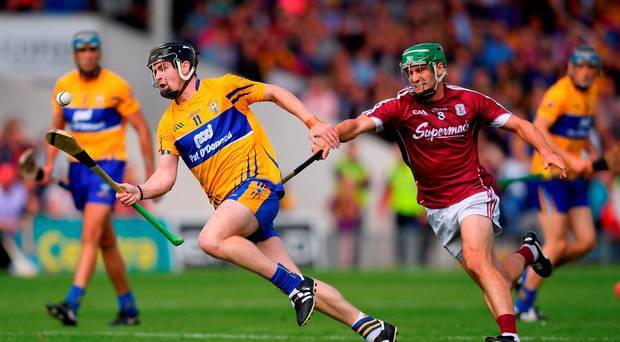 Hurling fans from both Galway and Clare are unhappy over after the GAA decided to sell tickets for Sunday’s (5th August) All-Ireland hurling semi-final replay through shops and online only.

Tickets were expected to be made available on Monday (30th July) afternoon but were released earlier while both county boards found out they’d get only a limited number to distribute to clubs for players.

Stand tickets sold out for Clare Galway replay. Lots of kids won't get to go now. Croke Park will be half full at the same time for a game of no consequence. After the best hurling weekend ever, it feels like another own goal for the #gaa to promote the game

Also, many are angry that the game was fixed for Croke Park on the Bank Holiday Monday (6th August) with headquarters not in use.  And some commented on how Croke Park was being used for a dead rubber football Super 8s tie between Dublin and Roscommon on Sunday.

With supporters having to go through registered Centra and SuperValu stores to buy tickets, queues have been reported throughout the two counties while others have been caught at work and don’t have the opportunity to get to a shop.

Also, delays online have led to some people waiting nearly two hours for their turn to get the coveted tickets and the main stand in Thurles is reportedly to be full already.

It is a joke that Croke Park will have about 20,000 fans in it on Sunday for a dead rubber game between Dublin and Roscommon and tickets are virtually sold out for the all Ireland hurling semi final replay in Thurles that only holds 46,000. #Hurling #GalwayClare

Galway chairman Pat Kearney confirmed to Marie Crowe from RTE that they were informed Monday morning via email that tickets would be sold through the shops and online.

“It is a joke,” added his Clare counterpart Joe Cooney.  “There are a lot of genuine supporters out there, especially elderly people who can’t go online to order their tickets. I believe there are big queues, I was talking to a man who had to wait two hours online before his turn came around.”

For those who miss out, the game is LIVE! On RTE2 and will also be broadcast in full on Galway Bay FM.