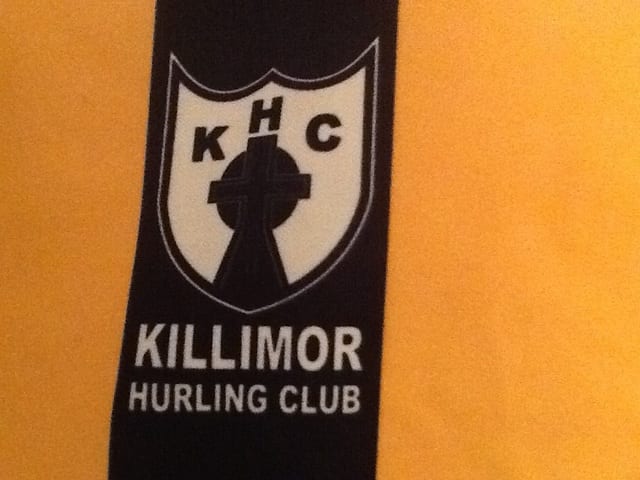 There’s something different about broadcasting on the sideline for a championship match when there’s so much at stake.  It happens regularly enough but it’s always a welcome reminder why we get involved in this broadcasting crack.

I was delighted to be reporting in New Inn for their first intermediate championship game.  Doubt they’ll be making a note of that in Sarsfields’ record books but it’s here now to be recorded.  And it was a very important contest.

Killimor secured their place in the quarter-finals after beating Castlegar 2-16 to 0-14 thanks to goals from Joey Starr and Conor Donnelly.  The result sorted out Group One as Kinvara, Kilconieron and Kiltormer all advanced leaving Castlegar to wrestle Annaghdown and Kilbeacanty in the relegation battle.

There can be no doubting that Killimor were deserving winners and could have made life much easier for themselves if they’d avoided 12 wides.  But Castlegar also deserve credit for rallying back from an 11-point deficit to get within four.

Jimmy Duffy’s side were frustrated by a couple of refereeing decisions in the first half when the contest was still close.   While hardly decisive, they had a case regarding a couple and the outcry from one led to a member of their management team seeing the line.

Needless to say, when things like this happen, the game carries an edge and both teams can commit reckless (not dirty) challenges as Killimor pulled away before Castlegar came back.

The reason the headline states ‘Killimor’ need to keep their focus is solely because they won, they are still in the championship and they have a quarter-final approaching in the next two or three weeks.

There’s no doubt the east Galway team are the form side after coming from the bottom of the pack to take their knock out place with a game to spare.  Kinvara and Oranmore/Maree might carry the current favourites tags but this is a very open race for county honours.

If Killimor are to end their 34-year wait for an intermediate championship, they’ll need to keep their focus.  As this game got messy, they engaged in silly fouls and challenges which a team in a winning position shouldn’t get caught up in.

To be clear, this is not suggesting Castlegar were any more guilty.  But it’s more understandable for the team behind in these situations.  However, if a team has ambitions of raising silverware, they have to back off and make sure the job gets done.

Killimor got there in the end after a sweet counter attack led to Donnelly’s second goal.  And they also had powerful displays from centre back Eoin Fahy and top scorer Starr.  They couldn’t have asked to be in a better place ahead of a final round-robin work out against Kinvara.

Castlegar may struggle against Kilconieron but their overall aim of cementing intermediate status will be achieved if Kilbeacanty fall to Annaghdown.  Of course, the same result will apply should they get their second win.  But they have proven they can compete.

After being written off, Killimor are in the championship picture and mustn’t leave this game behind without taking some important lessons.  An 11-point lead should be a win but it took a second goal to secure it.  They lost their focus briefly.  They can’t afford to do that again!