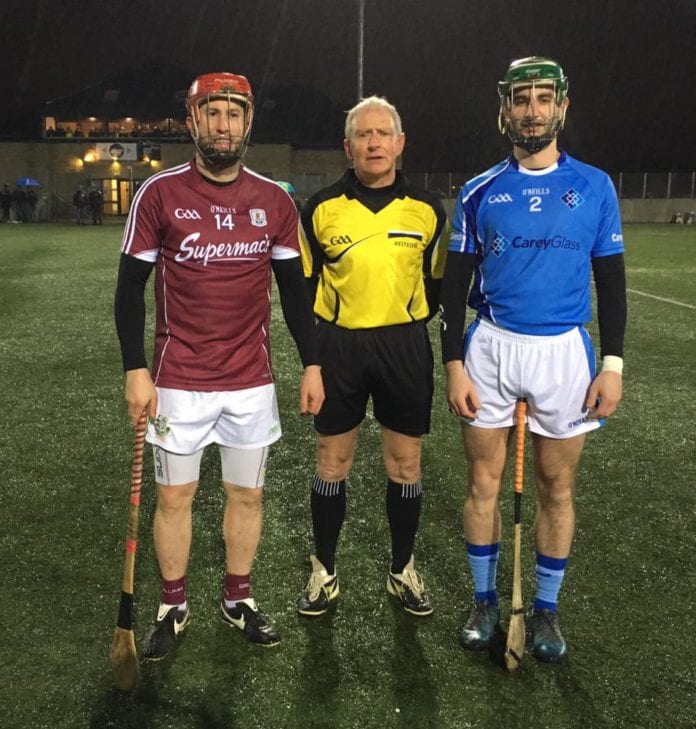 It was a tight contest throughout the hour and the Tribesmen only seized the initiative in the final five minutes to set up a final meeting with Offaly’s Banagher Concrete.

Ger Farragher and Healy gave Medtronic a 0-2 to 0-1 lead on six minutes but after Mark Gennery responded for Carey Glass, the Tipperary team didn’t relinquish the lead again until the 56th minute.

John Sheedy, David Gleeson, Robert Byrne and Mark McCarthy troubled the umpires as the Munster team went 0-7 to 0-4 clear but Medtronic were back in it on 20 minutes when Higgins found the net.

However, two McCarthy frees gave Carey Glass a 0-9 to 1-4 interval advantage and they stay stretched that margin after the restart with Byrne on target.

Former Galway stars Healy and Farragher were Medtronic’s top scorers sharing 10 points between them and they kept the county champions in the tie.  While Clare goalkeeper Andrew Fahy also landed a long range free from his own half.

Sean McInerney made a vital contribution getting two points in as many minutes to level at 1-12 to 0-15 before Healy finally put the Connacht team ahead on 56 minutes.

McCarthy levelled affairs but the momentum was with Medtronic and they pushed for the line.  Healy and Higgins got the scores to secure the win and they’ll now look forward to taking on Leinster champions Banagher Concrete in the decider.