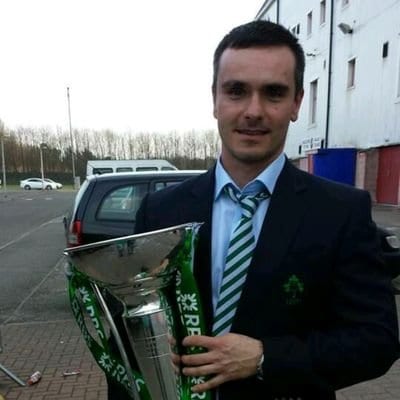 Despite rumours over the last few days that he was on his way to Munster Rugby, Galway hurler’s Strength and Conditioning coach Lukasz Kirszenstein will be maintaining his involvement with Galway GAA after agreeing a bigger role in the county’s set-up.

The Polish native is a two-time All-Ireland winner having worked with Tipperary’s successful team in 2016 before transferring to the Tribesmen for last year’s Liam McCarthy Cup winning campaign.

His new deal will see him take over the fitness levels of all underage teams in the county as they work on ensuring the development of players coming through at all levels.

It was speculated that Kirszenstein was being targeted by Johann van Graan’s Munster backroom team after the departure of their fitness chief Aled Walters to South Africa.

Walters is joining up with former Munster coach Rassie Erasmus and Kirszenstein was being earmarked as a potential successor.

The Polish S&C coach spent 18 months with Munster’s Academy between 2011 and 2013 and also worked with the province’s women’s team.  And he was also involved with the Irish women’s team that won the 2015 Six Nations.

Both players from Tipperary and Galway praised Kirszenstein’s impact on their victorious All-Ireland hurling journeys and Donoghue, having worked with Michael Ryan in the Premier County, swooped for the coach last year having seeing him up close.

It’s a massive coup for Galway GAA to retain Kirszenstein and sign him for the immediate future as they look to build on their 2017 season and maintain their place at the top of the national hurling scene.

Galway face Offaly this Sunday (18th February) in the National Hurling League at 2pm in Pearse Stadium.  The game is part of a double header between the county’s respective camogie teams throwing in at 12pm.