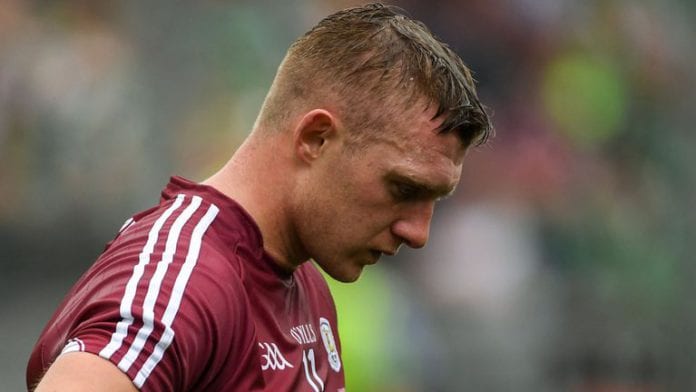 The three nominations have been announced for the PWC Ireland GAA/GPA All-Ireland Hurling Player of the Final and Joe Canning is among the contenders.

The Portumna forward is up against Limerick pair Kyle Hayes and Cian Lynch to take the award and the winner will be decided by senior inter county players around the country.

Canning inspired a stunning Galway comeback on August 19th, including netting a 20 metre free, as the Tribesmen came back to lose out to the Shannonsiders by just one point.

Last year’s (2017) Hurler of the Year finished with 1-10 after a trojan second half despite seeing his last potentially equalising free fall short of the target and will be a contender for ‘Player of the Year’ as well as a shoe-in for a fifth All-Star.

Nominations for the @PwCIreland GAA/@gaelicplayers Player of the Final in Hurling are @Galway_GAA's Joe Canning and @LimerickCLG's Kyle Hayes and Cian Lynch! Winner will be chosen by fellow inter-county players. Who is your favourite to take the title? pic.twitter.com/z6xAWsmRr5

Portumna face Cappataggle in their next outing of the 2018 Senior Hurling Championship on Saturday, 15th September.  Throw-in at Duggan Park, Ballinasloe is 4pm.