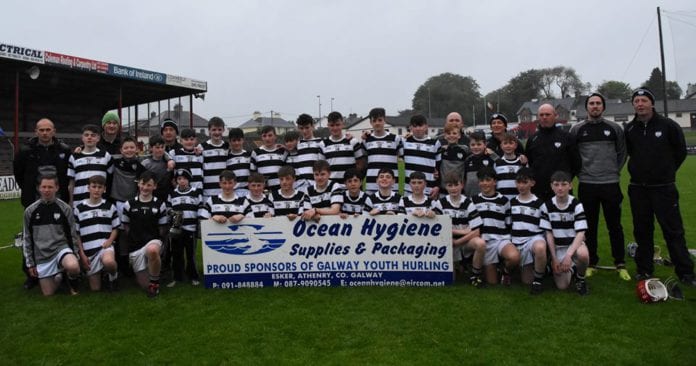 Turloughmore were crowned county under 14 hurling champions on Sunday (20th May) after snatching a late winning goal against Clarinbridge in Kenny Park.

Owen Kearney got the crucial touch after man of the match Matthew Tarpey sent in a long range 65 in the seventh minute of added time.

It gave the north Galway team a two-point victory after they trailed throughout thanks to Sean Fox’s first half Clarinbridge goal.  But when the final whistle blew, they’d inflicted  a second final loss on Clarinbridge in 2018.

Turloughmore are managed by Declan Kearney and chatted to Galway Daily afterwards describing  the finish as “unbelieveable.”

Michael Malone - August 13, 2022 0
Galway city is set to experience highs of 31 degrees Celsius this afternoon, one of the highest temperatures forecast in Ireland this weekend as...