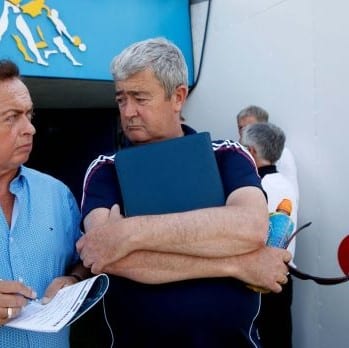 Galway GAA CEO John Hynes announced his resignation on Thursday (20th September) when he sent a letter out to all the county’s GAA club secretaries.

It comes on the back of reports that details of an internal audit of the board’s finances, ordered by county treasurer Mike Burke, are going to be made public and Hynes described the timing of his announcement as “unfortunate.”

“The overall finances in Galway GAA are in a solid stage,” said Hynes to the Keith Finnegan Show on Galway Bay FM on Friday.

Galway GAA on the look-out for new Secretary https://t.co/DfYDC8o3Fm

“I just felt that it was appropriate at this stage to announce my intention not to renew my contract of employment with the Central Council of Croke Park to allow the club ample time to identify, select and elect a new county secretary at the upcoming convention in December.

“The timing is unfortunate. There is no doubt about that. The overall finances in Galway GAA are in a solid state and things are improving. I think that will be evident this year at the county convention when the county treasurer presents the financial report for the year.

“Our income streams are up. We have generated an awful lot of goodwill over the last number of years, particularly because of our senior hurling team’s involvement in All-Ireland finals.

“And the very significant progress that’s been made by our football teams over the past number of years.”

Hynes was Galway’s first full-time secretary since 2011 and Seamus O’Grady will fulfill the role in a temporary capacity until the county’s Annual Convention, probably in December (2018).

“I write to inform you that I have decided, for personal reasons, not to seek a renewal of my contract of employment with Central Council, as the Full-Time County Secretary of Galway GAA,” stated Hynes in his letter to the club secretaries.

“It was a huge honour for me to be appointed as Full-Time County Secretary in 2012 and I am happy that I was able to make some contribution to the advancement of Galway GAA over the past seven years.

“I would like to express my sincere thanks and appreciation to all Clubs for their support and especially to you, as Club Secretary for your courtesy, encouragement and assistance.”