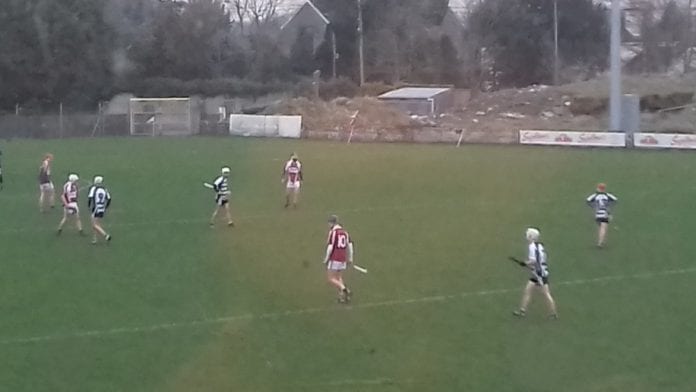 A scoring blitz just before the break have given Presentation College, Athenry a buffer in the Connacht PPS Senior A Hurling Final in Duggan Park, Ballinasloe.

The sides were level at 0-2 apiece on 15 mins after Gort points from Conall Keane and Enda Egan cancelled out earlier Athenry efforts for Mark Kennedy and Jason Reilly.

But the second quarter belonged to Eddie Brady’s team.  Conor Walsh set up Ian McGlynn for their third score before Cillian Lawless made it 0-4 to 0-2 on 51 minutes.

The first major goal chance came on 60 seconds when Kennedy had his shot stopped by Oisin Higgins, Lawless hit the woodwork before Karl Conneely put three between them.

However, the goal as Killimordaly’s Adam Brett finished to the net making it 1-5 to 0-2.  And suddenly a close contest started to see distance emerge on the scoreboard.

Lawless added another point before Kennedy got three minors including one from play.  And Walsh also found the target before half-time to put Presentation in pole position for the John Ryan Cup.

Both teams have already qualified for the All-Ireland series with the winners seeing semi-final action on March 19th.  The losers face the Leinster champions next Saturday (March 3rd) in the quarter-final.